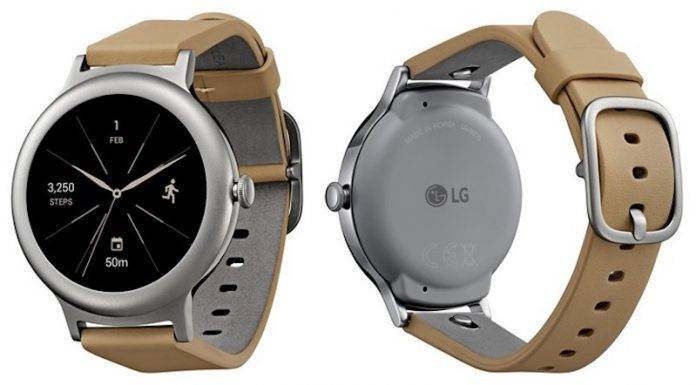 We’re just a few days away from a Google event where they will supposedly unveil new Android Wear smartwatches, including a couple from LG. Last week we told you about the two, the LG Watch Style and the LG Watch Sport, which will reportedly be launched on February 9. The latest rumor is that the former will be priced at around $249, but the latter doesn’t have a price tag yet, although it will probably be more expensive.

A “trusted source” has said that the LG Watch Style is the entry level device and so it will start at just around $249. It will also reportedly come with interchangeable bands and several color options, so we don’t really know yet if the price will increase based on the type of band/color that you want to get. It is also smaller than the other watch to be launched, with a with a 1.2-inch and 360 x 360-pixel display, a 512MB RAM and a 240mAh battery.

We don’t have an idea yet on how much the LG Watch Sport will cost in the market but we’re pretty sure it’s going to be more expensive. It has LTE, NFC, a heart-rate monitor, and GPS, which the Watch Style doesn’t have. The Watch Sport is also bigger, with its 1.38-inch 480 x 480 pixel round display. It will probably $100 more expensive than the Watch Style.

All will be known by February 9 when Google is expected to unveil at least these two smartwatches. They will be showing off Android Wear 2.0 if rumors are to be believed.