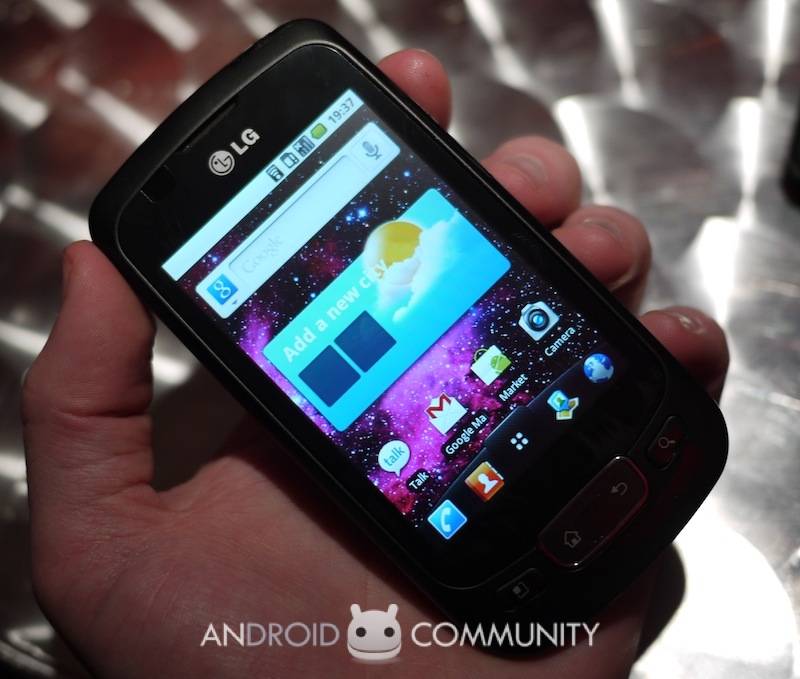 LG has confirmed that the Verizon version of their Optimus One Android smartphone – the Verizon Vortex – will land on November 18; meanwhile, in just over a month, the company has shifted one million of the devices. That includes Optimus One sales, together with Sprint and T-Mobile USA’s own versions, the Optimus S and Optimus T.

In fact, LG reckons that by the time it has finished rolling the Optimus One out across the 120 carriers and partners it has planned, it will be the company’s first 10m-sales smartphone. More details on the LG Optimus One here.

SEOUL, Nov. 16, 2010 – LG Electronics (LG) today announced that worldwide sales of its Optimus One smartphone have hit one million units just 40 days after the phone’s initial launch. Now available in most of Europe, Asia-Pacific countries and the USA* , the Optimus One is the fastest selling mobile handset in the company’s history.

Powered by the Android 2.2 “Froyo” OS and optimized for Google Mobile Services, the LG Optimus One has been a big hit with first-time smartphone buyers looking for high performance and useful applications in a handset priced very competitively to feature phones.

“The versatile, powerful LG Optimus One was designed to provide an easy transition into the world of smartphones and as these numbers demonstrate, there is obviously a strong demand for this type of device,” said Dr. Jong-seok Park, President and CEO of LG Electronics Mobile Communications Company. “Optimus One seems to be what many customers were waiting for, proving that smartphones aren’t just for early adopters anymore.”

One of the first smartphones to launch with Google’s latest operating system, the Optimus One allows for up to three times faster internet browsing, web-page loading, and multi-tasking. The Optimus One also incorporates a unique LG-designed user-interface (UI) along with a camera that features face tracking and smile shot, a 3.2” wide HVGA screen and a long-lasting 1500mAh capacity battery.
With a nod to style-conscious users, LG’s new smartphone comes in a wide range of color schemes including black, wine, titan, blue, silver and purple. Exact color availability will vary from market to market.

With the global roll-out still under way, the Optimus One will soon be available via 120 carriers and partners. LG expects Optimus One to be its first 10 million-seller smartphone.

* In the United States also known as Optimus S (Sprint) and Optimus T (T-mobile) with Vortex™ (Verizon) to be launched on November 18.