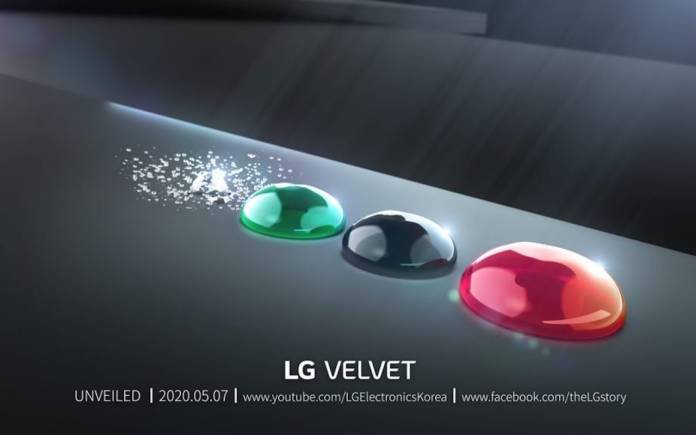 The LG Velvet is coming very soon. The other South Korean tech giant is working to officially launch its new phone that may support a dual-screen accessory. The phone was shown off a couple of weeks ago with a soft and lustrous design. It’s expected to come with a 3D Arc Design and a raindrop camera module. The device is also said to replace the LG G which the company didn’t release as a flagship phone. You see, only a new LG V smartphone was announced when usually, a new LG G phone is announced as the premium flagship offering.

The LG Velvet has been teased online by a 15-second video on YouTube. The invite teases the public to a special launch event. Shown off are four color drops–Illusion Sunset, Aurora White, Aurora Green, and Aurora Gray.

The “raindrop” feature somehow hints at the raindrop camera module when cameras appear in descending sizes. We’ll get to confirm everything on May 7, 2020 as LG makes the official reveal.

So far, we mentioned the LG Velvet will arrive with a 3.5mm headphone jack, speaker grille, USB Type-C charging port, and a 4000mAh battery with fast-charging tech. The phone runs on an octa-core Qualcomm Snapdragon 765 processor but accompanied already by a mid-range 5G modem.