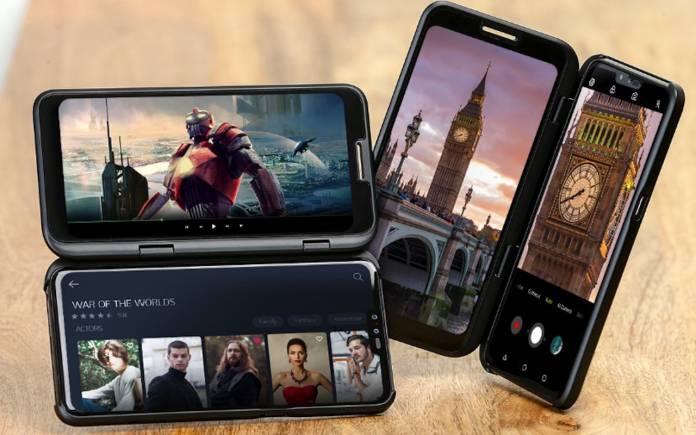 The LG V50 ThinQ is the latest premium flagship Android phone from LG. It joins the LG G8 ThinQ but the LG V smartphone will be more known as a 5G phone. LG has been working on the 5G market in South Korea so we know the brand has an edge over the other OEMs. The company has listed the phone on the LG Best Shop last March and other open markets for only 1,199,900 won which is about $1,050 (USD) when converted.

The price is said to be good enough since the phone is already 5G. It’s actually lower than Samsung’s Galaxy S10 5G phone which can go over a thousand dollars—some say as much as $1,300.

The only challenge now is for an actual 5G network to be reliable but  I think the carriers in South Korea got that covered. We’re already assuming the 5G components like a 5G modem, antenna, and a larger battery can be found on the LG V50 ThinQ.

LG is also said to be using a dual screen via a special phone case so it’s a different design when the official launch happens on April 19. The LG V50 ThinQ with 5G will be offered with the dual-screen flip cover if you order early.

The LG V50 comes equipped with a 6.4-inch OLED display, Qualcomm Snapdragon 855 processor, 4000mAh battery, 6GB of RAM, and 128GB onboard storage. If the memory isn’t enough for you, then you can use the microSD card slot for expansion up to 2TB.

If you’re not satisfied with the LG G8 ThinQ, you may wait for the LG V50 ThinQ. The arrival of this V phone actually comes early but it’s usually revealed in the latter part of each year.