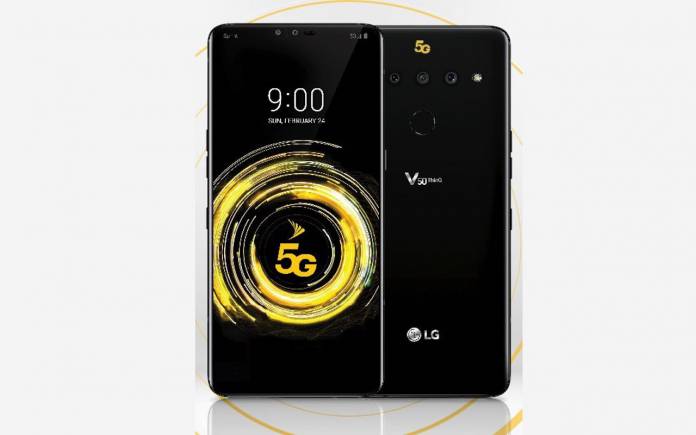 After the LG G8 ThinQ, we can expect the LG V50 ThinQ from the other South Korean tech giant to be announced. It’s happening just before the month of March ends as per our last report. We’re anticipating for this one because the smartphone will offer 5G support already. It’s not the only 5G phone but we can expect it as one of the first to hit the market. A recent tweet shared the good news the LG V50 ThinQ will be available from a mobile carrier. This means the smartphone is for real and not just some concept product.

The LG V50 ThinQ will join the 5G phones from Samsung, Huawei, Vivo, OPPO, Xiaomi, and OnePlus. This is the year 5G will take its flight after several years of development.

At this week’s Mobile World Congress (MWC 2019), LG will unveil the V50 ThinQ. There is nothing much to say on the specs and other features but we know it will be expensive at around $1,200.

It’s interesting to know LG already has the LG V50 when the V Series phone is usually announced in the last quarter. Perhaps this is one of LG’s new marketing strategies.

LG V50 5G phone is said to feature a 6-inch screen, Qualcomm Snapdragon 855 chipset, water-cooling system, 4000mAh battery, and new UI. As for availability, expect the LG V50 5G to be released in the US, South Korea, North America, and Europe. In the United States, the smartphone will be offed by Sprint.