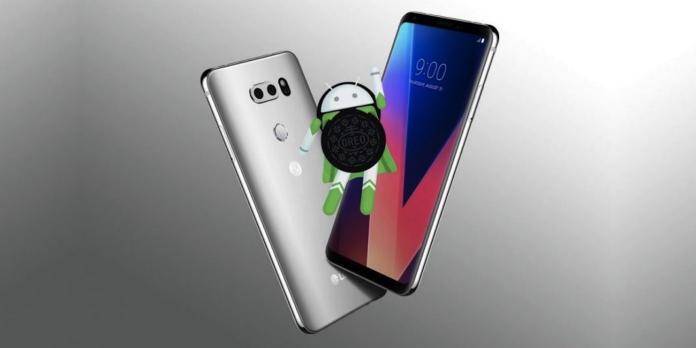 Before the LG V35 ThinQ is released and just after the AT&T and Verizon variants received the Android 8.0 Oreo upgrade, the LG V30 from T-Mobile is receiving the same cookie update. T-Mobile started working on Android Oreo for LG flagship phones only last March. The LG V30 has also received a software update that added ThinQ support and we know more will roll out now that the LG Software Upgrade Center is ready. Many OEMs have been announcing Oreo updates the past few months because they are long overdue and because the Android P dessert is about to be served.

The official Oreo update is rolling out to LG V30 phones but only via LG Bridge. This means you cannot download over-the-air from your LG V30 or V30+. You need to get the file and flash via the LG UP software. You can sideload the KDZ file, though, as captured by an XDA dev.

Android 8.0 Oreo build is said to include April security patches already plus the new AI features if you still haven’t gotten the LG ThinQ. The OTA update will be released but if you’re impatient, you can download the KDZ file, use the LG UP flash tool, and then sideload the update as recommended.