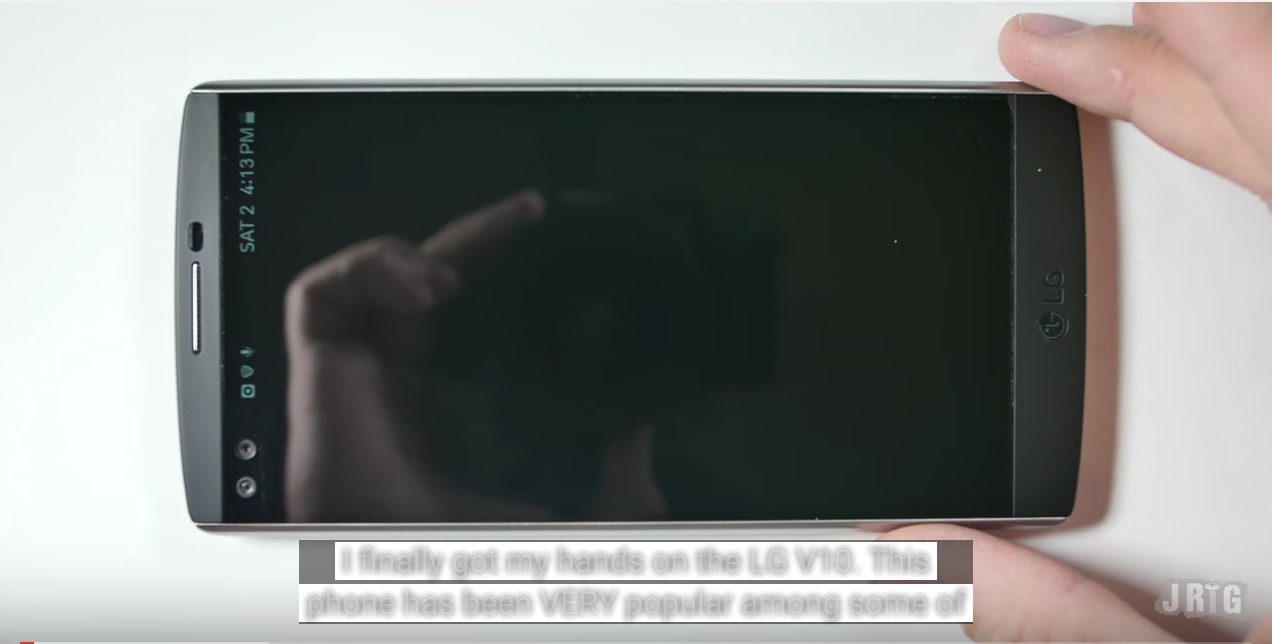 While some of us find it painful to watch gadgets being scratched, burned, or bent, we all know that they’re done for our own sakes as well. Well, at least when it comes to durability tests. We’re not sure about what those blender tests actually do (except that it’s fun to blend things). But when it’s for the sake of testing out new devices in the market, it’s in the name of “engineering” or something. The latest to undergo such a test by a popular youtube tester is the LG V10.

This new smartphone from LG has received pretty positive reviews, with some saying it’s one of the top phones of 2015, so Jerry Rig Everything decided to make a durability test for it. The first test is to see where the device falls on the scale of hardness through a scratch test. He puts levels on the Gorilla Glass screen, and in scratching it with a pics, it leaves no mark until level 6 where there is slight scratching, and then level 7 onwards, which is now more prominent. The camera lens meanwhile scratches at a level 5. The removable back screen is scratch resistant, but the plastic at the front and top of the front screen scratches easily. The stainless steel on the side scratches less easier than the usual aluminum sides used by most smartphones.

For the burning test, after holding the LG V10 over open heat, the video shows that it leaves a black mark on the screen and the screen does turn black eventually. But as soon as it is removed from the open flame, the screen turns on again and the black pixel on the IPS LCD screen disappears. This happens just a few seconds after the flame, in this case a lighter, is removed and so the reviewer gives a thumbs up for the device’s display.

Lastly, the bend test shows that the device “has a decent amount of flex to it” but there’s no detectable damage to the LG V10 once you start using it again. The stainless steel structure of the device may be the secret to this. Jerry Rig Everything plans to take apart the smartphone in his next video, so if you’re still looking to buy it, you may want to wait until he posts his video, just to be sure.