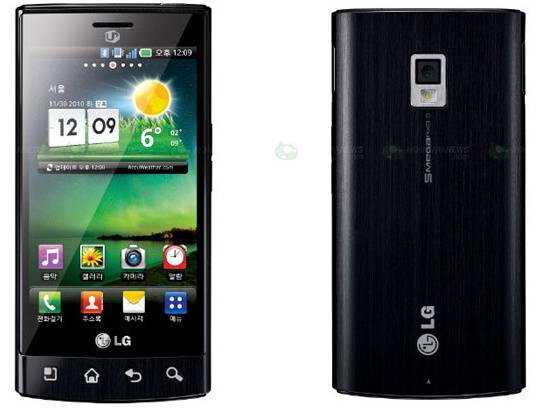 LG hasn’t been a big player in the Android market outside of some decent starter phones, however, we do know that this will be changing as we enter 2011 with plans of a few powerful releases from the company. With one of their first truly powerful phones, the LG3000 has just been announced and will be a Korea only device, for now.

The LU3000 boasts a 3.8-inch IPS display that can deliver a WVGA (800 x 480) resolution, 5-megapixel camera with flash that can capture 1080p video, and a HDMI port all running on Android 2.2. The phone is extremely fast, shipping with an OMAP 3630 1GHz Processor it is being advertised as much faster than both the iPhone 4 and the Samsung Galaxy S.

We do not know if LG plans to make this device, or a similar one, available outside of Korea. However, we do know that LG definitely has plans to enter the US market with some truly powerful phones, one such example is the LG Star that will be coming to the US next year.

You can check out the speed demos of the device where it clearly beats both the iPhone 4 and Samsung Galaxy S below: