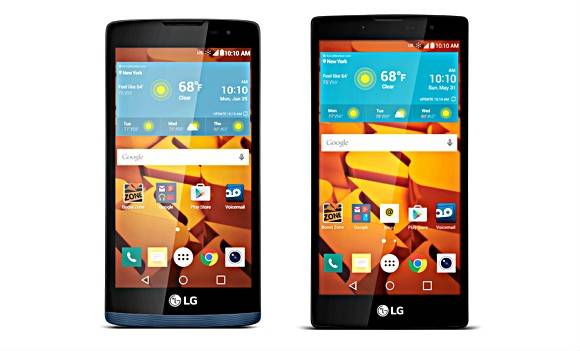 New and updated versions of some of LG’s smartphone lines are now available, bringing faster processors, hopefully faster LTE speeds, and improved features. Both the LG Tribute 2 and Volt 2, the second generation device of their respective lines, are now available on Boost Mobile, a prepaid carrier available in the US. Both devices will be carrying enhanced LTE which means faster web-browsing and streaming of your favorite video and music services.

The LG Tribue 2 may have the same display size as its predecessor, but when it comes to quality, it is better with its 4.5″ IPS display (compared to the WVGA display of the first gen device). It also has improved battery performance since it now has a 1,900 mAh battery that should last up to 16 hours of talk time. The LG Volt 2 meanwhile has a much bigger screen at 5-inches and with high definition IPS display with a 1280×720 resolution. The “selfie cam” has also been improved, as it now has 5 megapixels, compared to the 1.3MP one of the original Volt.

The two new smartphones both have 1.2GHz quad-core processor, as well as some LG features like the Knock Code, QuickMemo, and adjusting the height of your display to your typing style and pattern. For those who love selfies, you’ll enjoy the Gesture Shot, which lets you take pictures just by following your pre-set hand gesture. It also has a Selfie Light for when you have low lighting while taking pictures of yourselves.