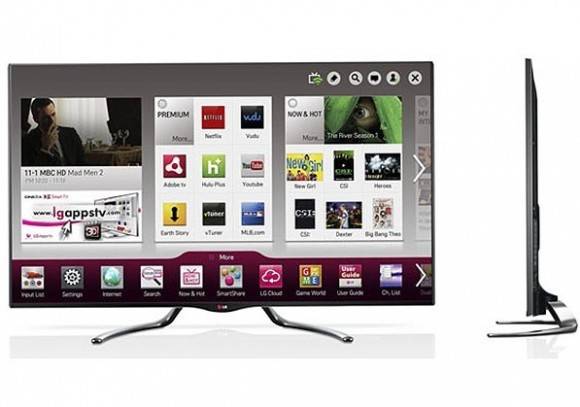 Earlier this week a few reports surfaced stating that LG was finally ready to get serious with their smart TV and Google TV options, but we now can confirm that’s exactly what LG will be doing next year. Not just two either. LG’s announced 7 new Google TV sets they’ll be showing off with 5 different screen sizes, small bezels, and tons of options.

Full of HDTV 3D options, Google TV integration and much more they’ll be taking on the smart TV market hard this year. While we might not be sold on Google TV quite yet, we’re hopeful it’ll pick up more traction and become something truly useful in the future. It’s still having a hard time taking hold of the market, but with some awesome options from LG we might be in business.

I don’t know about you, but the pictures from LG are pretty awesome. Huge TVs with thin bezels (or none) brilliant designs and small stands. Can’t forget the beautiful models either, TV models of course. We’re hearing their smart TV remotes will feature easy text entry, voice recognition, and even gesture features.

Under the hood will be a dual-core processor (unknown model) LG’s TruPicture and 3D engines, enhanced stereo sound, and multiple sizes. Instead of just two like last year, in 2013 we can expect LG’s new Google TV flavors to be available in 42, 47, 50, 55 and 60-inch models. LG also states these will be available in the US initially, with other markets to quickly follow. Either way we’ll be live at CES to check them out and see what they’re all about.