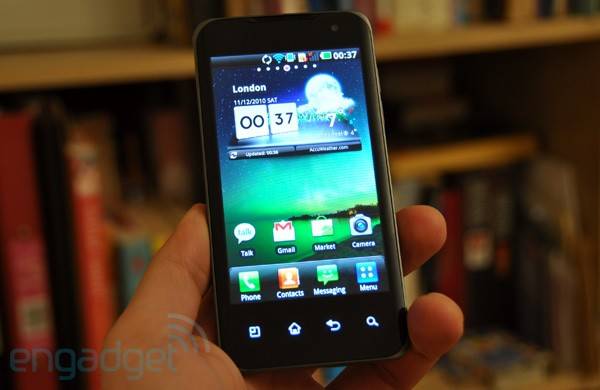 The LG Star is shaping up to be one of the most impressive devices of early 2011. Although, LG isn’t exactly known for their powerful devices, especially Android-based, the LG Star will hopefully mark their venture into the powerful smartphone marker. One of the test units has found its way into the hands of the Engadget staff and they gave us all a quick preview of the device.

The design is the same one that we have seen leaked onto the internet the last couple of weeks; sleek design with touch navigation buttons at the bottom of the device. Looking incredibly similar to the DROID Incredible, a slight difference between the two devices is the Star’s larger 4-inch screen, it definitely looks the part of an ultra-powerful smartphone.

The screen is said to look “rather gorgeous.” judging from its imperfect blacks, we can tell that it’s not a AMOLED display, however, the quality of this LCD display is very enviable.

The software running on this test device is a bit buggy. The Star is running LG’s slightly tweaked Android 2.2 at the moment, but we can definitely hope that it will include 2.3 before its launch next year. 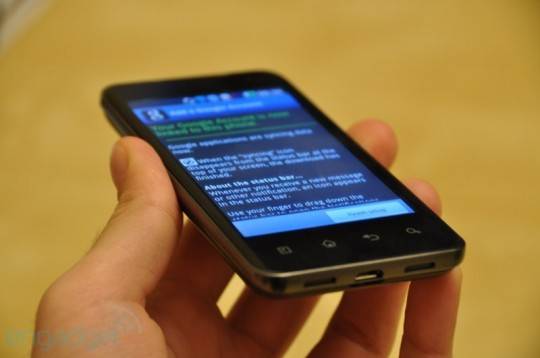 In conclusion, the device has been said to be very fast. Definitely faster than any current generation hardware, and that’s running with a bug-infested version of Android 2.2. No telling how fast this device will be with Gingerbread, but we can expect the LG Star to be one of the most impressive devices of early 2011.