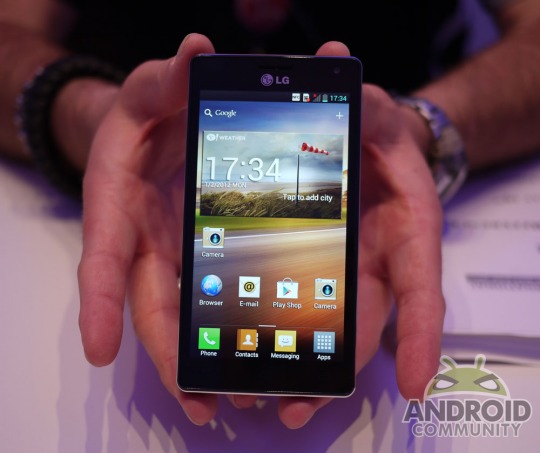 It would appear that the LG Spectrum 2 (or LG Optimus 4X HD if you happen to be reading this from somewhere other than the US) is headed straight for Verizon. Renders of the phone have been spotted by TechnoBuffalo, and the phone looks primed to take advantage of Verizon’s 4G LTE services. Not only that, but a list of specs has surfaced as well, and it appears that the LG Spectrum 2 will be able to hold its own against some of the other higher-end Android phones that have been released this year.

First up, the phone features a True HD IPS displays that measures 4.7-inches. It comes equipped with a dual-core Snapdragon S4 processor clocked at 1.5GHz and 1GB of RAM. You’ll have 16GB of storage are your disposal, as well as an 8-megapixel camera. Finally, the LG Spectrum 2 comes with Android 4.0.4 installed, but we’re hoping that will be upgraded to Android 4.1 Jelly Bean shortly after launch (whenever that may be).

All things considered, this is a pretty big leak. Sadly, a release date didn’t accompany the leaked list of specs or the renders, so we’ll have to wait for Verizon and LG to make an official announcement before we can find out more. Keep an ear to Android Community for more information on the freshly-outed LG Spectrum 2!