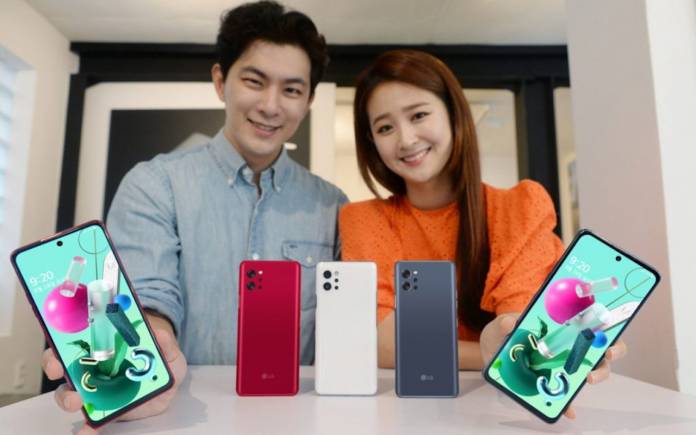 LG has not completely forgotten the Q series. The last one we featured here was the LG Q60. It was another mid-range smartphone headed for the MWC 2019. It was introduced last year. We missed the LG Q61 announced a few months ago but it now has a follow-up in the form of the LG Q92. We’re not sure about LG’s naming convention but this one already comes with premium-level specs. It could still be a mid-ranger but the 5G connectivity can make it one powerful phone. The 400,000 won price tag which is about $337 in the US is such good news. This will be LG’s next 5G phone that we’re adding to our shortlist of 5G phones.

LG will be officially rolling out the LG Q92 5G phone on August 26. It will be available from South Korea’s top three mobile carriers and other retailers. It will be the first 5G smartphone from the LG Q series.

The LG Q92 will run on a Snapdragon 765G processor and 6GB of RAM. It will feature a 128GB onboard storage, 32MP selfie camera, and a 48MP main shooter + 8MP wide-angle + 5MP depth + 2MP macro camera system. It will boast a 6.67-inch screen with a punch-hole and 20:9 wide aspect ratio plus a 4000mAh battery. The 5G phone will also arrive with LG Creator’s Kit. It’s a special feature usually installed on premium devices.

The LG Q92 exceeds military standards of the US Department of Defense. This means the phone is ready for low temperature, high temperature, humidity, vibration, and drops. It’s ready for rough use including military operations.

In South Korea, if you are among the first 10,000 buyers of the LG Q92. You will receive a free ‘Griptalk’ with Pengsoo or Ryan characters. Simply launch the Smart World app and apply to receive the LG Q92 Gift Pack beginning August 26 to September 4.