A Save The Date post appeared on Twitter for a possible launch of an LG G6 Mini this coming July 11. That’s already tomorrow so we’re curious to know if this LG G6 Mini, also called as the LG Q6, will satisfy those looking for a new mid-range phone. This information was posted by someone from Poland who even tagged some other famous tipsters like Slashleaks, Evleaks, and OnLeaks. Nothing has been confirmed yet but the LG Q6 is also said to have appeared on Geekbench as the LGE LG-M700 smartphone.

This save the date may not be for the new LG G6 mini . That LG Q6 could still be a different model but we’ll know for sure tomorrow. Appearing on Geekbench means the LG Q6 phone is almost ready that it’s now being benchmarked as part of the testing process.

Believed to be a smaller LG G6, the Q6 phone is also earlier thought to be called the ‘LG G6 SE’ or ‘LG G6 Lite’ similar to last year. The phone is listed running Android 7.1.1 Nougat OS and 1.4GHz octa-core MSM8937 Qualcomm which is the Snapdragon 430 processor. The chipset makes it a mid-range device just like the new Motorola Moto G5, ASUS ZenFone 3 Laser, Xiaomi Redmi 4, and the new Nokia 5 and 6 phones. 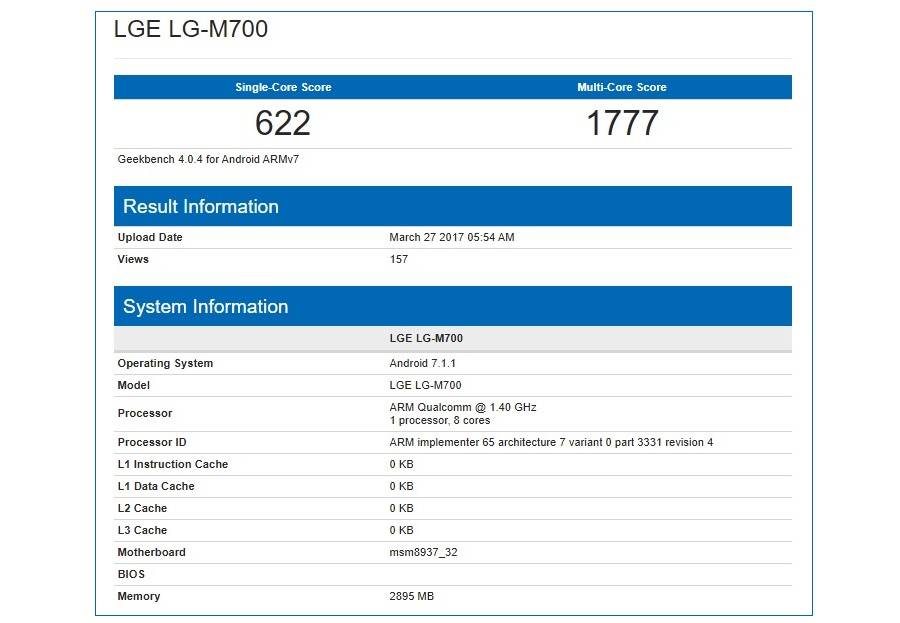 Other features include a 3GB RAM, a 13MP rear camera with Sony IMX258 sensor, 5.4-inch screen, and an 18:9 aspect ratio. There will also be a selfie camera but no rear cameras are available. When it comes to pricing, the phone could be anything below $400?

Another video teaser was recently launched that probably shows a new FullVision display. Watch the video below:

So it’s set. July 11 is a new day when LG is going to reveal something new.