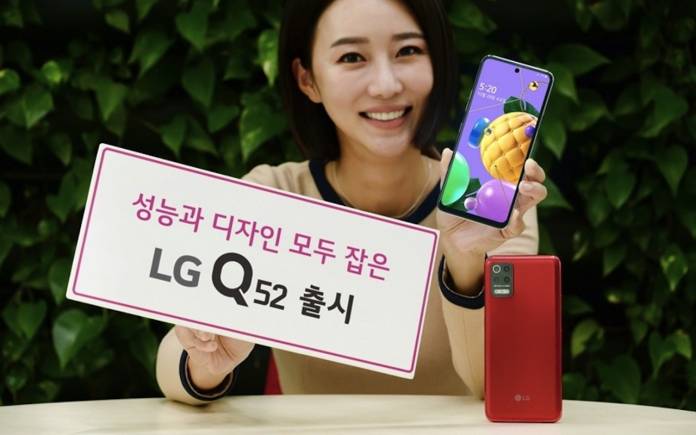 Another LG Q phone will be released in the market soon. The other South Korean tech giant will start selling the LG Q52 on October 28 via the top three mobile carriers in the company. The price starts at 330,000 won which is about $290 but there is a possibility it will be lower with some promo. Obviously, this is a follow-up to the LG Q51 but now with improved specs and a more luxurious design. It remains within the affordable smartphone category.

The LG Q52 will be available in two colors: Silky Red and Silky White. It comes with a bigger 6.6-inch screen with a punch-hole display. The front bezels are also smaller. The display now offers a 20:9 cinematic aspect ratio for a more immersive viewing experience.

This may be a budget-friendly smartphone but it already supports artificial intelligence. The device can analyze the content sound and can match optimal audio quality. The goal is premium quality sound reproduction that is especially useful when playing games or watching movies.

The phone comes with a quad rear camera setup that includes a standard 48MP camera, 5MP ultra-wide shooter, 2MP with depth of field, and another 2MP one for close-up shots. The selfie camera is 13 megapixels. The LG Q52 is LG’s fifth Q-series to be released this year. It also runs on a 4000mAh battery, 4GB oF RAM, 64GB onboard storage, and Helio P35 chipset.

Like the LG Velvet, the LG Q52 features a special optical pattern on its back. It delivers that luxury look and feel with the color-changing design that shows with some lighting. Interestingly, the back also comes with a matte material that makes it resistant to scratches and fingerprints.

The LG Q52 has passed the US Department of Defense’s’ Military Specification. It’s durable and can withstand humidity, shock, vibration, and low/high temperature. With this durability, it means the device is good enough to perform military operations as described.