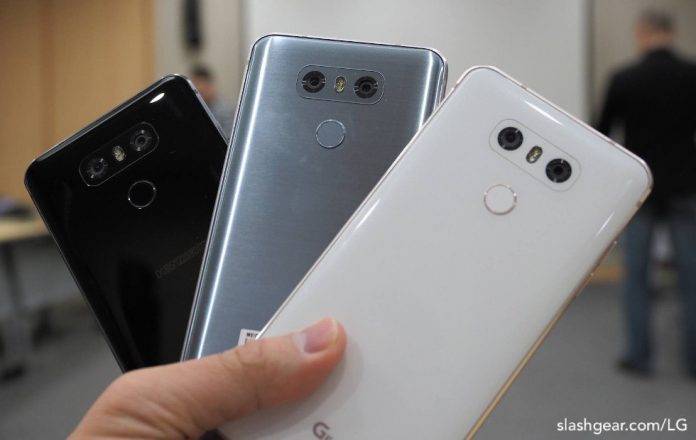 We’re probably expecting LG to name their next flagship the LG G7, following in the gadget footsteps of the G6 and G5 and all the ones that came before it. But there are some indications that in the near future, the Korean OEM may be looking into rebranding both their G flagship series and even their smartwatch line as well. They have already filed trademarks for the LG Icon, LG Aicon, and LG Aiconn for the smartphones while LG Iconic is supposedly for the smartwatch.

Evan Blass, who’s one of the best tipsters out there, said that he noticed that LG has filed for the trademarks for LG Icon and LG Iconic. The database of the US Patent and Trademark Office shows that they have indeed reserved the right to use the aforementioned names, both for a smartphone and a smartwatch. However, as we all know, companies do that all the time, without necessarily using the name of the trademark they applied for.

With LG rumored to be rebranding its flagship G-series, I noticed that the company just trademarked "LG Icon" for a smartphone and "Iconic" for a smartwatch. pic.twitter.com/zdqrSR2dUV

But if you are expecting to say goodbye to an LG G7, that might not even happen and they probably might still stick to the G series, at least for this year’s flagship. Getting the trademark and actually doing a full rebrand and relaunch of the devices will take a bit of time and this year is too soon.

If they do go for LG Icon and LG Iconic, it’s actually a pretty good name for their devices. It will take some time probably to come up with a transition and marketing plan. But who knows, maybe the’ve been working on it even before they filed fo the trademark and surprise us sometime in the near future.