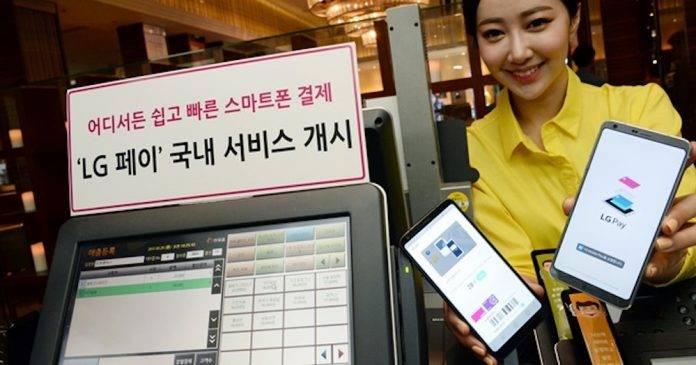 LG Pay will be supported not only on future premium phones but also on budget-friendly and mid-range devices coming out beginning next year. The mobile payment service is also expected to be ready in other markets and more online shopping malls around the world. It looks like the LG Pay is more than ready to take on Samsung Pay which is its biggest rival in South Korea.

In a special meeting with Korean bloggers, LG’s President of Mobile Communication division shared the good news. Cho Jun-ho said the low-budget phones that will be revealed by LG in 2018 will include LG Pay so consumers can easily pay for goods and services by simply putting their phones on a card reader.

In South Korea, LG launched the LG Pay only last June 1. LG wants to rival Samsung’s very own mobile payment which has been around for almost two years now. LG Pay needs a lot of catching up to do but if it is rolling out to even low-budget phones, then more people will be able to use them.

At present, Samsung Pay is supported on only a dozen Galaxy devices across 14 markets but with 5.2million users. Meanwhile, LG Pay only has 95,000. Hopefully, more LG phone users will be able to get into the game and use their LG G6 units to pay with LG Pay.