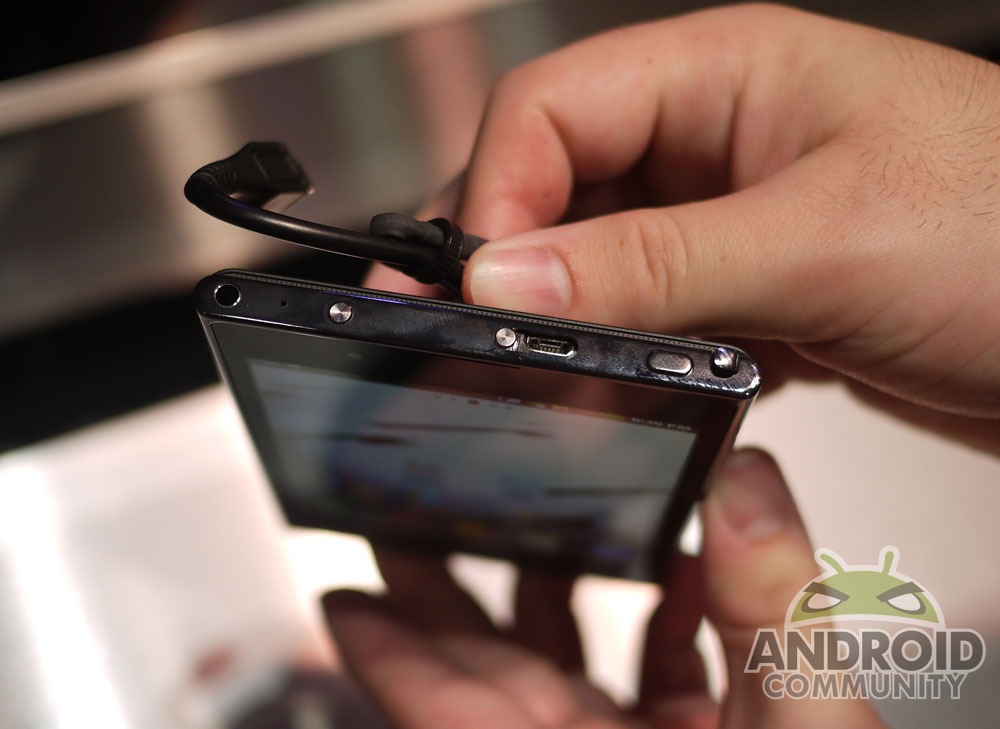 It’s been many moons since we saw LG’s new entry in the growing “phablet” market… well, three moons, anyway. The 5.0-inch smartphone made a stop at CTIA 2012, and we wanted to see what had been changed since an earlier reveal at Mobile World Congress. With the Galaxy Note tearing up the sales charts all over the world, the LG Optimus Vu is hoping to take a bite out of its userbase.

The Vu gets a 5.0-inch display, in an odd 4:3 aspect ratio with a resolution of 1024×768. LG’s proud of its display technology, and while the Optimus Vu doesn’t have quite the pixel density of the Optimus LTE 2, it’s still using that awesome IPS panel. LG showed off a new capacitive stylus with the width of a #2 pencil, and numerous notation apps to boot.

Check out the latest version of thew hardware below:

Underneath the hood, the Optimus Vu uses a 1.5Ghz dual-core processor, 1GB of RAM and (like most of LG’s high-end phones) it uses an LTE connection. 32GB of storage should be plenty for 8MP stills and 1080p video. Sadly the phone still runs Gingerbread, but LG promises it’ll get an Ice Cream Sandwich update eventually. The Optimus Vu is available now in Europe and Asia, with no word on a US release.