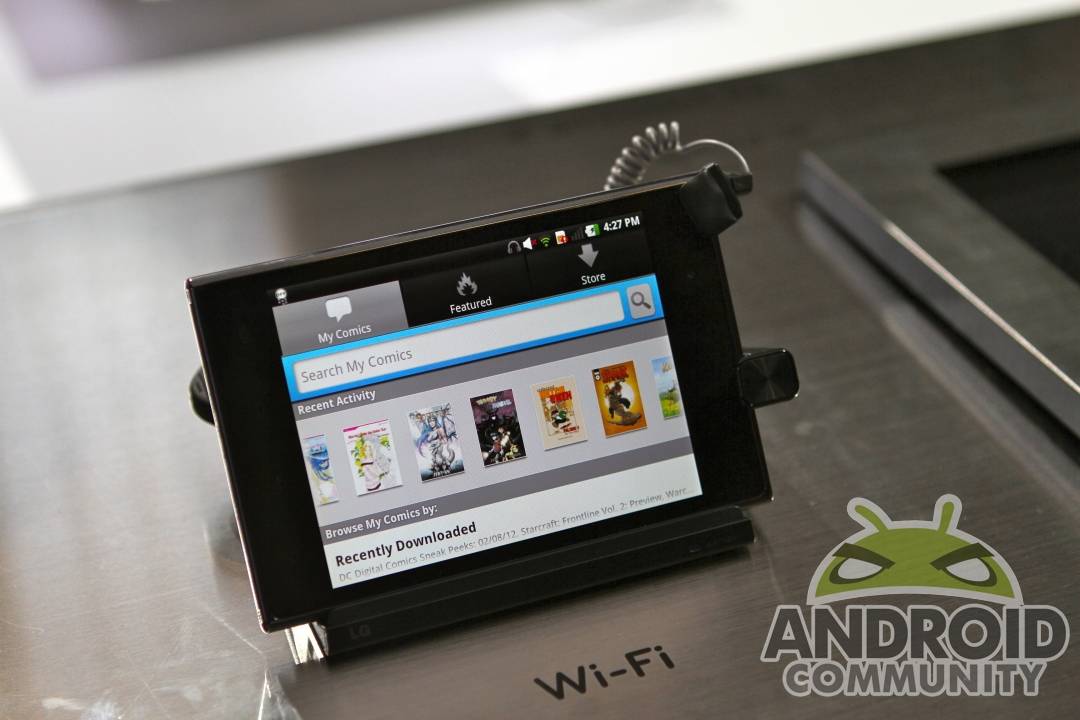 Let the battle of the phablets begin. LG was the first out of the gate with a competitor to Samsung’s oversized Galaxy Note, revealing the Optimus Vu in its own press presentation long before this week’s Mobile World Congress. But they’ve brought it along to demonstrate next to the other high-end offerings, and who are we to protest? The phone’s unique 5.0-inch, 4:3 aspect ratio screen is certainly large, but it remains to be seen whether it is indeed in charge. Judge for yourself from our hands-on below.

LG seemed at least as excited about the Vu’s LTE capability as its large screen, reminding us that it will be LTE-enabled wherever it’s sold. Other hardware considerations include a 1.5Ghz dual-core Qualcomm processor, 1GB of RAM and Gingerbread – with Ice Cream Sandwich promised no more than three months after launch. The back of the device is textured like worn leather, and Android’s standard 4-button layout sits on the bottom of the front face. The sides are surprisingly sharp at the corners, more like the Prada series of phones than LG’s main line. 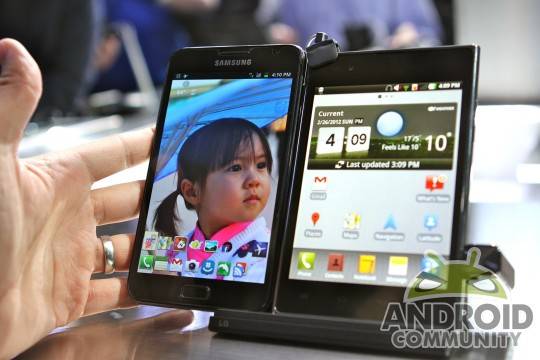 But you don’t care about all that: how ’bout  that screen? Even though the Optimus Vu’s LCD panel is slightly smaller than the Galaxy Note’s at 5.0 inches, it’s considerably wider thanks to the more square aspect ratio. Typing on the Note is a bit of a chore, but on the Vu it’s downright frustrating: be prepared to devote both hands to this device whenever you pull it out of your pocket. The screen itself is as bright and clear as we’ve ever seen from a mobile LCD, and complimented nicely by LG’s bright UI. The resolution matches early tablets like the iPad and HP TouchPad at 1024×768 – in a screen a quarter of the size. 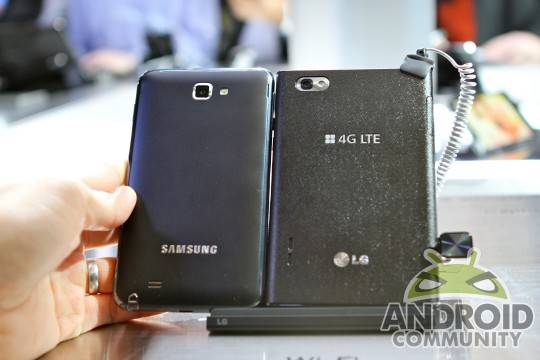 All in all the Optimus Vu is an interesting addition to this growing form factor, though it’ll take some extended use to decide which “phone” is prefferable. We’ll have a little while to think it over, since the Vu isn’t expected to hit the market in early March in LG’s home turf of South Korea and somewhat later elsewhere. For breaking coverage of all the new devices at Mobile World Congress, keep an eye on the MWC 2012 portal page.