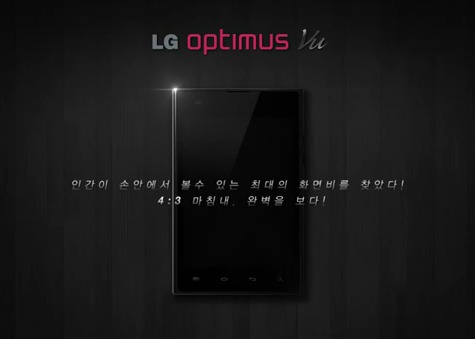 LG has released a teaser clip of their upcoming Optimus Vu straight from their YouTube channel, and left us to ponder its specifics. There isn’t much information to go by, except that it’s rocking a 5″ display with a 4:3 aspect ratio. This is quite uncommon, and is the only other smartphone to come close to the Samsung Galaxy Note’s screen size.

Actual specs are unknown, but it is said to sport a 1.5GHz dual-core Qualcomm WPQ8060 processor, 1GB of RAM, and 8GB of ROM. The massive display could have a 1024×768 resolution, and the rear shooter is an estimated 8MP. We could also see NFC implemented, a technology thats taken quite some time to make it into the entirety of devices. It is unclear if this phone will host 4G LTE, but it’s possible. Either way we know it requires some sort of SIM card from the sneak shot below. 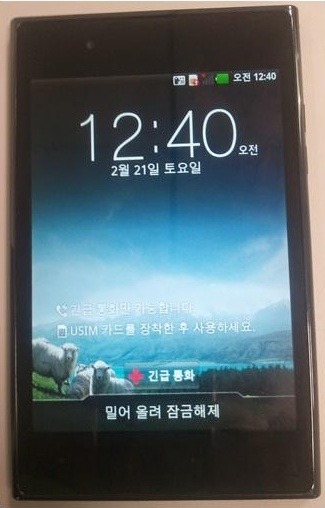 My best guess is the Optimus Vu will ship with Android 2.3 (Gingerbread), and won’t see 4.0 until later down the road. Unlike the Galaxy Note, there doesn’t seem to be a built in stylus – which could be useful with such a large display. We will probably find out more at Mobile World Congress in Barcelona, Spain – so stick with us!

EDIT: There actually does seem to be a spot for a stylus from the clip – it’s quick and blurry, so no promises.