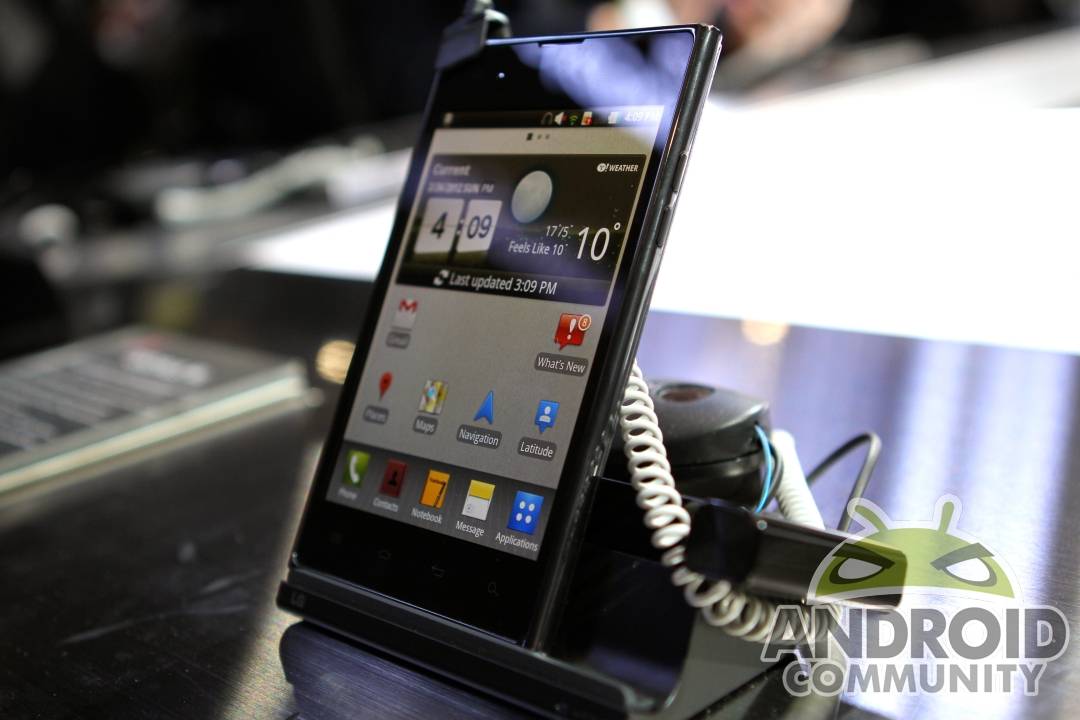 The second of a growing crop of massive smartphones is now available to purchase where you live! As long as you live in South Korea. The LG Optimus Vu and its odly square screen hits the homeland today, where eager Android fans can pick it up for a song and 999,900 won, or about nine hundred American greenbacks. Even for a country that loves its smartphones and loves home-grown LG, that’s a stagerringly expensive price, novel form factor notwithstanding.

For your won, you get a 5.0-inch IPS LCD screen with a resolution of 1024×768 – an unusual 4:3 ration on an Android phone. The rest of the device is no slouch either, with a 1.5Ghz dual-core Snapdragon processor, a gigabyte of RAM, 32GB of on-board storage, an 8MP camera and a capacitive stylus. The only sour note is Android2.3, but LG is already promising an Ice Cream Sandwich update soon. Since South Korea is one of the few international markets with a well-developed LTE network, SK+ Telecom is highlighting the faster mobile broadband speeds.

There’s been no indication of the Optimus Vu leaving Asia any time soon, but considering the high demand for the Samsung Galaxy Note, we’re pretty sure it’ll be making its presence known on the world stage soon. Considering the emphasis on LTE and LG’s good relationships in the US, both AT&T and Verizon are possibilities. Let’s hope that monster price comes down with an American price tag, or at least gets a more reasonable subsidy discount.