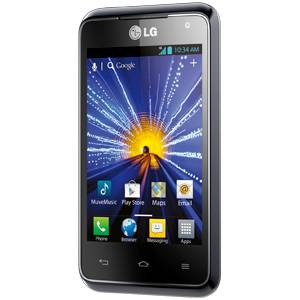 The popular regional and prepaid carrier Cricket has just released a brand new Android smartphone today, although we certainly wouldn’t call it high end. The new LG Optimus Regard is available today from Cricket and is their first 4G LTE capable smartphone. It surely isn’t high-end, or cheap, but head below for more details.

Cricket is a large regional carrier that also happens to have millions of pre-paid customers too. Not offering contracts means you won’t get subsidized pricing on smartphones. For that reason alone this phone ends up being quite expensive, while not offering much compared to other carriers. For those looking to save on their monthly bill however, this could be a great choice.

The LG Optimus Regard is their first 4G LTE smartphone, which is also a retooled LG Motion 4G on MetroPCS — another regional carrier. The new phone is available online and in stores today from Cricket for a price of $249, but at least you won’t be singing any contracts.

The Regard comes with a 3.5-inch display with a painful 320×480 resolution, but is powered by a 1.2 GHz dual-core processor, 1GB of RAM, offers a 5 megapixel camera, 8GB of storage, 4G LTE, and a decent 1,700 mAh battery. It also runs on Android 4.0 Ice Cream Sandwich so overall is a decent phone, save for that terribly low resolution display. Obviously the price here is $249 due to you not singing a contract, and Cricket offers some cheap plans. Personally I’d suggest you save up another $50 and get the LG Nexus 4 from the Google Play Store instead. If Cricket is your only choice, the LG Optimus Regard is a decent option considering their lineup.