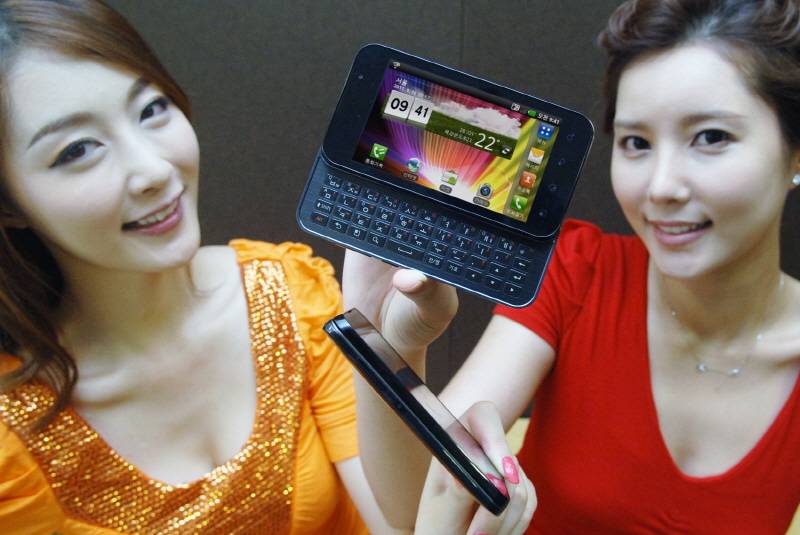 LG has unveiled its latest Android smartphone, the LG Optimus Q2, a QWERTY-toting slider with a 4-inch WVGA IPS display and a 5-megapixel camera. Running a 1.2GHz processor, the Optimus Q2’s real draw is the display, which LG says runs at an eye-searing 700 nits.

There’s also WiFi Direct support, Bluetooth and a front-facing video camera. The phone is 12.3mm thick and weighs 147g, and LG says its shrunk down the dimensions of the slide section by 2mm compared to previous smartphones from the company with the same form-factor.

It’s unclear which version of Android is loaded, but LG has done some fiddling with its own UI system. South Korea will be able to pick up the LG Optimus Q2 from next weekend, though there’s no sign of a price or a release date for international markets.