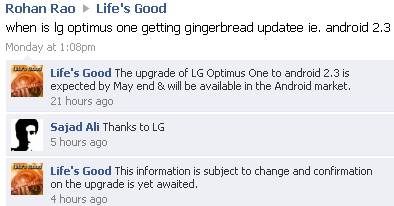 Thanks to an eager LG Fan’s post on LG’s Facebook page, we have learned that the LG Optimus One could get a Gingerbread update in the Spring. This is the first time that LG has placed an official date for a Gingerbread roll out. The date is subject to change, but the plan is to make it available in the Android Market but the end of May. Makes one wonder if LG is being cautious since there was trouble with an OTA update of Android 2.2 (Froyo) to the Galaxy S.

Then again, past LG practice has been to have updates occur through the LG update tool. If it isn’t a mistake by LGs social media folks, by pointing to the Android Market, users could update it at their own pace, and if there’s any hiccups, LG may not necessarily be deluged and have to stall the update to work out any issues with handsets digesting their Gingerbread. Likely though, the manor in which phones are updated will change. 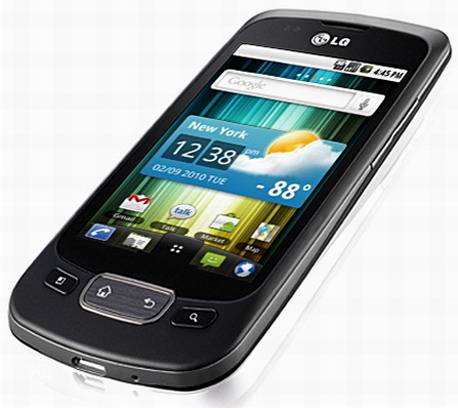 The LG Optimus One (aka LG P500) is a very popular phone worldwide, with several million having been sold. In the US, it’s known as Optimus models M, S, T, and U. It’s also known as the LG Vortex. It has a modest 600 Mhz processor, 3.2 inch HVGA display and sells for around $250.