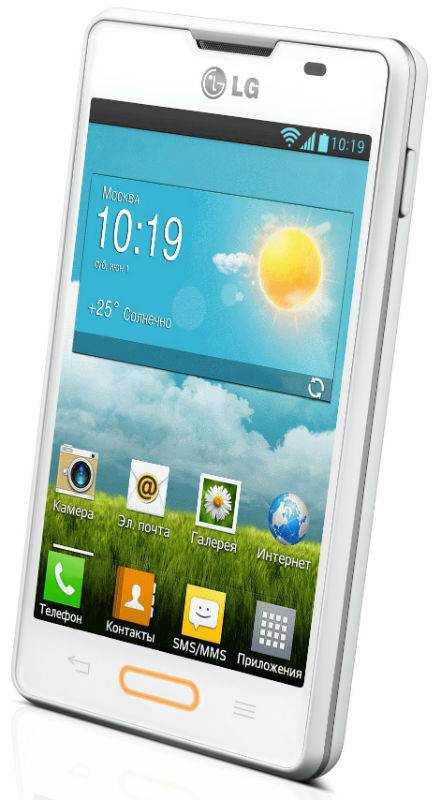 LG has announced the Optimus L4 II. This handset is sporting a model number of E440 and will arrive to fill the entry-level market. LG has the Optimus L4 II running Android 4.1 Jelly Bean with a 3.8-inch IPS display with a resolution of 480 x 320. For now it looks like the Optimus L4 II will be released in a select few markets including Russia and the Ukraine.

Of course, that is not to say this model will not arrive elsewhere in time. That aside, the handset will be powered by a single-core 1GHz MediaTek processor and has just 512MB of RAM. Other specs include 4GB of internal storage along with a microSD card slot, 1700 mAh battery and a 3 megapixel rear-facing camera with flash.

The Optimus L4 II will also have HSDPA, WiFi, Bluetooth 3.0, GPS and measurements of 112.5 x 64.7 x 11.9mm. While the specs are not super exciting, LG has included one interesting perk when it comes to the home button. Simply put, the home button will double as an LED notification light.

As we often see with smartphones these days, the LG Optimus L4 II will launch in two colors — black and white. LG has the handset priced at 5,490 RUB, which means it would be roughly $175 in terms of US dollars. Needless to say, these currency-to-currency translations do not always match up perfectly in the smartphone world.

Otherwise, the Optimus L4 II has joined the L-Series II alongside the L3 II, L5 II and L7 II. While we wait for further details on a wider global release for this specific model, LG is also expected to announce a dual-SIM variety called the Optimus L4 II Dual.