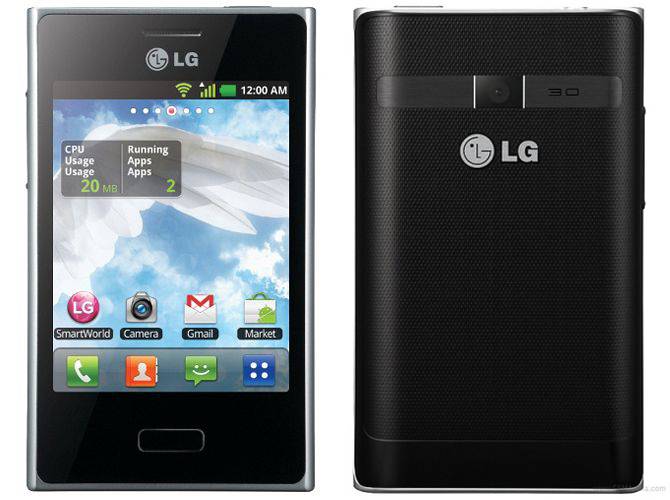 Coming in under the radar and pretty quietly to the streets of Sweden is the new LG Optimus L3 budget-friendly smartphone. The LG Optimus L3 phone is being listed as the E400 and we don’t know much about this phone but it appears LG is shaking up their design plans yet again. Running on Gingerbread the capacitive buttons seem to be hiding at first glance.

Being spotted on the Swedish site cdon.se this phone looks like a blend between the Optimus One and a Samsung Galaxy S international version. Coming in with extremely low, entry level specs at the same time. We have a 3.2″ display and Android 2.3 Gingerbread on board but the details are pretty scarce.

While the screen size and resolution both appear to be lacking we do have a 3 megapixel camera around the rear for shooting some decent pictures and even a micro-SD slot but that just about rounds it up. We have no details on the CPU, RAM, internal storage or anything else but judging by the screen size and resolution it wont be anything spectacular and most definetaly headed for the budget crowd — but hey, they do have a white version coming too.