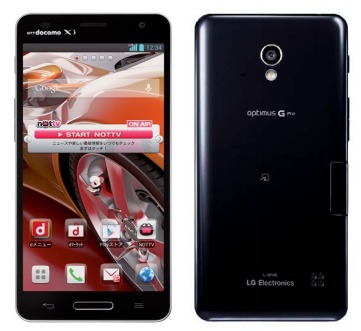 While carrying the same name as its Japanese counterpart, the South Korean version of the LG Optimus G2 has been confirmed to have a 5.5-inch Full HD display. It’s speculated that the reason LG decided to up the screen size on the South Korean version of the Optimus G Pro is because they wanted a device that can compete directly with the Samsung Galaxy Note II. With Samsung’s Android devices being the devices consumers opt for, LG wanted to bring a phone into the market that would sway more people into its direction.

This information comes directly from LG, who confirmed the information through its Facebook as well as its social website. Right now they’ve only released a teaser of their device, but they promise to reveal more information in the days to come. While it’s great to know that the device will feature a 5.5-inch Full HD display, we would also love to know where these devices will be released. We’d like to know if this device will be available in multiple countries, or if it’d be only available in South Korea. We’d also like to know which variant of the LG Optimus G Pro we’ll see in the U.S. 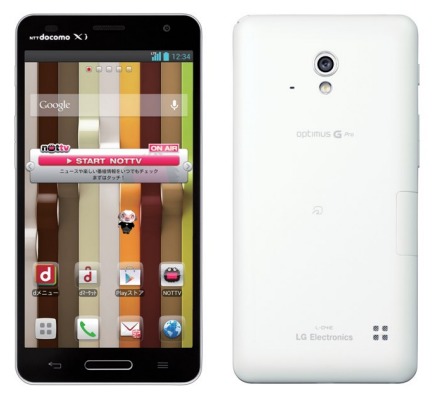 Other than the 5.5-inch Full HD display, the specs for the LG Optimus G Pro are pretty identical to its Japanese variant. The only other difference in this device is that it will carry a 3,140 mAh battery compared to the 3,000 mAh battery contained in the Japanese variant. The other specs include a 1.7GHz quad-core Qualcomm Snapdragon S4 Pro processor, 32GB built-in storage, 2GB of RAM, a 13MP camera, 2.1MP front-facing camera, and Android 4.1 Jelly Bean.

The LG Optimus G Pro does one-up the Samsung Galaxy Note II in the color department however, being available in both Platinum White and Indigo Black. Samsung has been getting a lot of backlash from consumers who don’t understand why there isn’t a black Samsung Galaxy Note II. We’ll be getting more information about the LG Optimus G Pro at MWC, where we’ll find out where this device will be available and how it compares to the Note II.