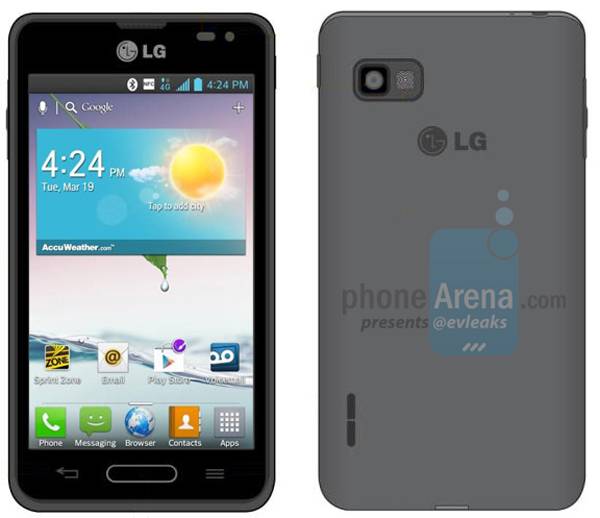 Today we’re getting our first official look at the upcoming LG Optimus F3 for the Now Network. This budget-friendly smartphone has leaked on Twitter from the usual @evleaks, and a few of the details have been revealed. LG first announced their new F series at Mobile World Congress, and now it looks like the low-end is headed to a few US carriers soon.

All the details of the leak were released from the folks at Phone Arena, which weren’t much. The leakster didn’t reveal full specs, price, or a release date, but we know it’s coming. However it does state to look for it in the next few weeks, and that it should be priced aggressively.

If it indeed comes in a similar package as what we saw at Mobile World Congress the Optimus F3 should be a dual-core smartphone with a 4-inch display. So while it won’t be top of the line, it should be a mildly impressive phone for first-time buyers or budget conscious shoppers.

At the same time this leak also states that the recently released (see our full review) LG Optimus G Pro and that massive 5.5-inch 1080p display will also be headed to the Now Network, and AT&T won’t have the exclusive rights to the phablet.

LG also has an Optimus F5 and F7 in the works, but so far this is the first device that should be hitting the market. Stay tuned for more info.