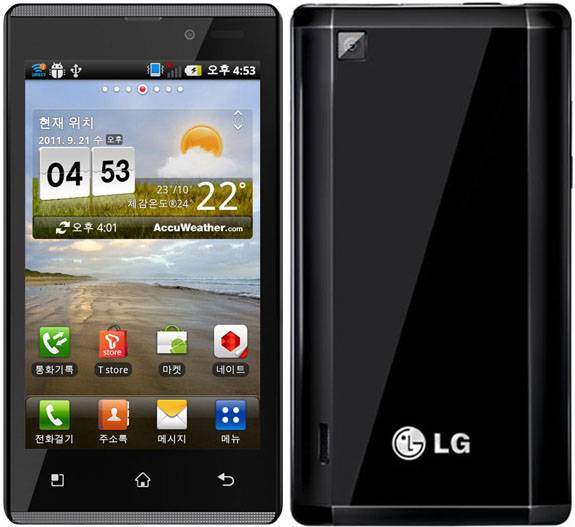 Well folks, just a few days ago we received our first potential look at the LG Optimus EX rocking a dual-core processor and a decent rap-sheet full of specs. Earlier this week the details were a bit scant but today we’ve found actual press images as well as a detailed breakdown the specs and what will be under the hood here with the EX.

Coming in at under 10 mm thick this should be a very sleek and thin smartphone from LG. Rocking Android 2.3.5 Gingerbread and what has now been confirmed as a 1.2 Ghz NVIDIA Tegra 2 dual-core processor, 1GB of RAM, 8GB internal storage and more. It will feature a 4.0″ 480×800 NOVA display (no H-IPS or HD here), a 5MP camera around the rear yet sadly it wont have an LED flash. We also see a front facing camera and it will come with a 1500 mAh battery under the back cover. 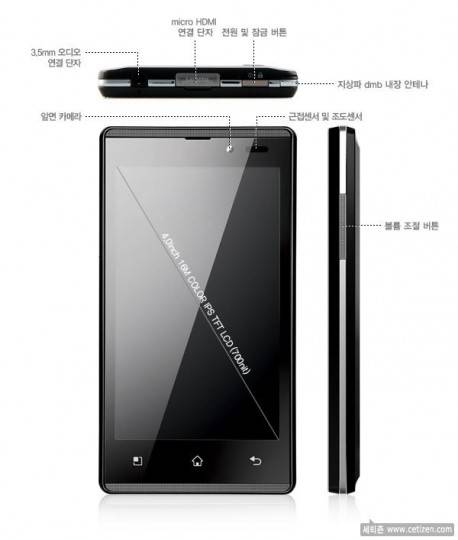 Apart from the usual other treats like Wi-Fi, Bluetooth and sensors it will also be capable of 1080p video capture and more. The original look didn’t reveal much other than the unique design approach LG has taken with this smartphone and the image above shows it clear as day. A bit odd if I don’t say so myself, but nice nonetheless. According to sources this is also headed for now only to Korea and will be offered in two colors — Black and Silver, as well as White and Gold. Hopefully this along with a few other LG phones seen as of late will get a US release date too.