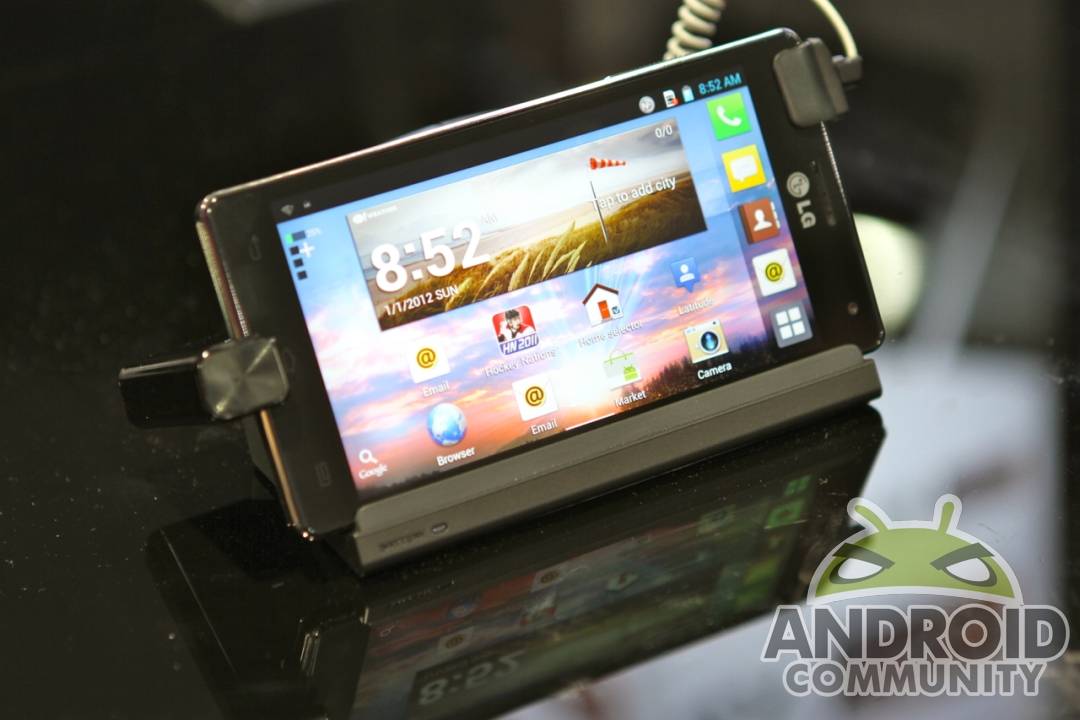 LG is reportedly getting ready to launch their next flagship smartphone, the 4X HD in India starting in May. Along with the 4X Tegra 3 quad-core powered Android 4.0 Ice Cream Sandwich phone they’ll also be launching the Optimus Vu, and the Optimus 3D Max in India around the same time according to Unwired View. That is a month sooner than we reported for the UK release date.

The LG Optimus 4X HD is one of many quad-core Tegra 3 smartphones we have seen over the past few months. If it also manages to launch in the US around May it should be among the first stateside, other than the HTC One X of course. According to The Mobile Indian LG will also be launching their Note rival, the Optimus Vu, and the 3D Max glasses-free 3D smartphone shortly after the 4X.

Along with the quad-core NVIDIA Tegra 3 processor in the X4 HD it also has a 4.7″ 720p HD IPS display, Android 4.0 Ice Cream Sandwich, an 8 megapixel camera and is extremely thin. We haven’t heard much from LG since they announced all these phones for Mobile World Congress but should be learning more soon. The entire L series is also floating around somewhere too. Once we hear anything official from LG we’ll be sure to update on a possible US release date.