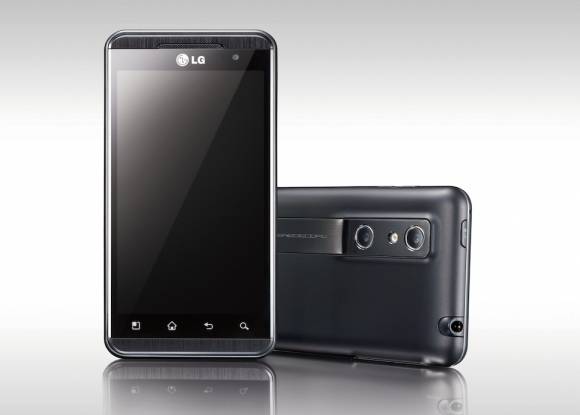 LG went all official with Optimus 3D at MWC 2011 today. The smartphone looks cool and it is 3D capable and has a dual lens 5MP camera on the back that can record 3D video. The smartphone runs a 1GHz OMAP4 processor and the display can show the 3D video recorded without the need for glasses.

That screen is 4.3-inches and has WVGA resolution. Other features include HDMI 1.4 connectivity for 3D viewing on a big screen, DLNA support, and the camera can record normal 1080p video in 2D as well. It has a memory card slot and has 8GB of storage. The UI is 3D on the phone with five 3D interfaces for gallery, camera, game, and apps.

The smartphone will launch in Europe in Q2. The only thing we aren’t thrilled about is that it will launch with Android 2.2. A Gingerbread update is supposed to come “in due course” which means whenever they feel like offering it I guess.