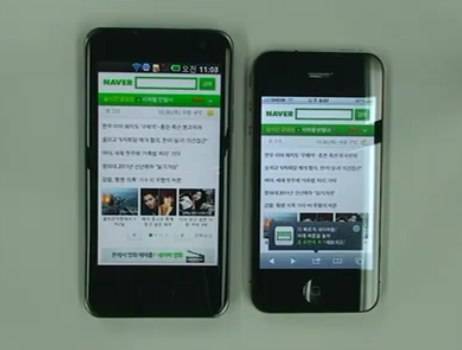 A new Korean video comparing the browser performance of the iPhone 4 and the LG Optimus 2X has emerged, and although it’s not exactly scientific, the Android smartphone does seem to render faster than its Apple rival. The Tegra 2 smartphone is expected to make its debut at CES 2011 this week.

Apple’s mobile internet experience has become the de-facto standard by which smartphone browsers are judged, for many users, so this strong performance by the Optimus 2X leaves us hopeful. Still, without knowing the background to the test – such as what connection each phone was using, whether pages had been cached, or other details – it’s hard to draw any more comprehensive conclusions.