The smartphone wars are getting to be such that no one manufacturer is able to control one market segment without any competition. We need not reiterate this fact in the entry level to mid-tier segments of the market, where the competition is fierce. With that, LG looks to bag some part of the segment by putting out the LG L60 smartphone, a Kitkat phone for this segment.

The naming convention on the phone – LG L60-X145 – seems to convey that there will be other iterations and variations to this model. But as such this first one, announced officially on LG’s Russian website, comes with a 1.3 GHz dual-core processor and 512MB of RAM, just enough to push pixels to a 4.3-inch 800×400 display and run Android 4.4 Kitkat out of the box.

Other features include 4GB internal storage, expandable via microSD to 32GB, a 5MP rear shooter with LED flash and a VGA front-facing camera, dual SIM capability, and 3G HSPA+ connectivity. LG is surely not trying to impress many with these meager specs, but training its marketing on a specific market segment that would be happy with such specs on a Kitkat phone. 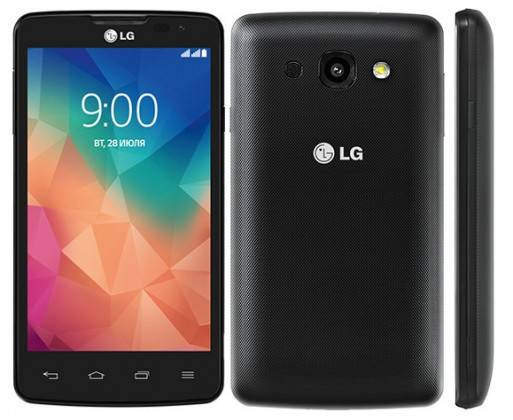 The LG L60 will come initially in white and black models, although that may change when the other variations of this model are launched. There is no information yet as to the pricing and release date of this specific model, but it should be available in the European market soon.