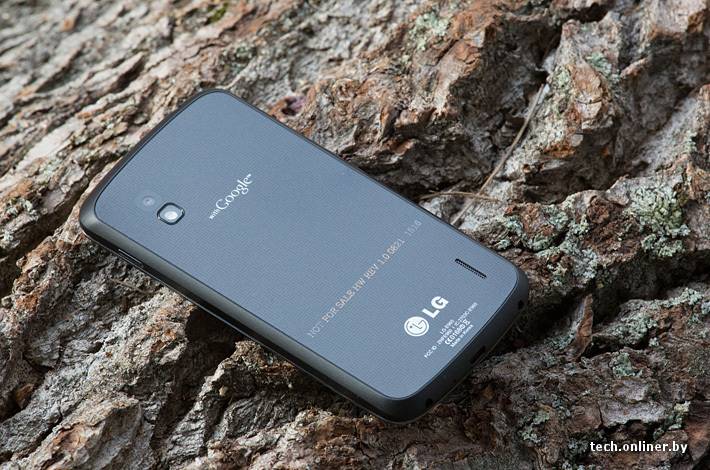 The incoming Google Nexus smartphone, rumored to be the LG Nexus 4, or the LG Optimus Nexus has just received its most detailed look yet. The popular overseas tech site Onliner.by has been releasing photo after photo of the leaked smartphone over the past few days, but today we’re getting a detailed look of the hardware, software, and everything else. This is basically an early hands-on.

Obviously we’ll want to state that this is clearly an early production unit, and in no way a final product. It also is running an absolutely bare-bones stock Android 4.1.2 version of Android Jelly Bean — and the benchmarks clearly show this to be prototype and unfinished software. However, this is still the most detailed look we’ve seen yet so lets check it out. 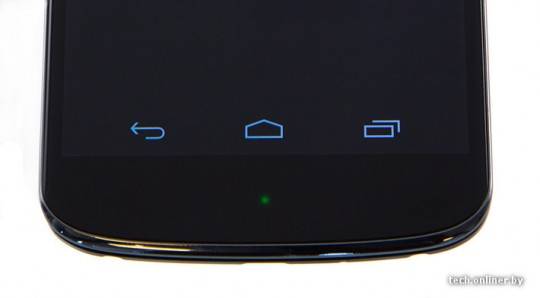 The specs have already been confirmed multiple times but we’ll go through them anyways. You’ll be working with a 4.7-inch TrueHD IPS display with a 1280×768 resolution, Android 4.1.2 here (4.2 when released) for the OS, and will be running on Qualcomm’s new Snapdragon S4 Pro 1.5 GHz quad-core processor, 2GB of RAM, and what appears to be a rather impressive 8 megapixel camera. At first we were worried they dropped the 13 megapixel unit from the LG Optimus G, but this new lens appears to take amazing photos while keeping the device slim.

We get a quick look at the hardware here and they even compare it to both the popular Galaxy Nexus available now, as well as that iPhone 5 device and its puny screen. Obviously this should be taken with a grain of salt — a large one — as this is not a final product and certainly not final software. The do however confirm the 8GB of storage, no micro-SD slot, as well as show some underwhelming benchmark results. Most likely those will be much improved with final hardware, as well as a fine tuned version of Android 4.2 Jelly Bean from Google and LG.

For now enjoy a few quick pictures below. Then head to Onliner.by (translated) for the detailed first look. Thoughts?