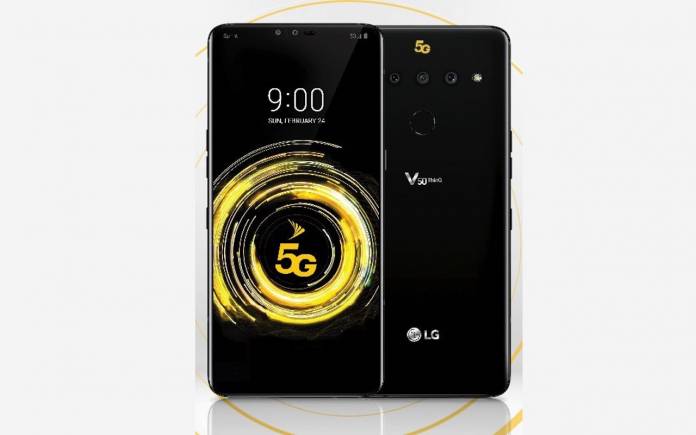 The Mobile World Congress is still more than two months away but we’re already hearing some rumors about what will be launched there in February from the various brands and OEMs. LG will reportedly be unveiling its new smartphone, the V60 ThinQ, with its dual-screen and 5G connectivity. This is because the previous device, the also 5G V50 ThinQ was launched the same time this year and so we’re expecting this upgraded version to make its debut in the Barcelona trade show.

Not much detail was given about the device but according to Korea Herald, LG is expected to show off the V60 ThinQ at the MWC and making sure that their presence will be felt in the 5G market and that they will be able to keep up with competitors like Samsung. They are also expected to increase shipments in several territories, including their native South Korea, neighboring Japan, and of course the U.S. market.

Another strong rumor about this device is that it will come with a second-screen accessory that will give you a dual-screen if combined with the main smartphone. While OEMs are still trying to figure out how to give consumers a better dual-screen experience, this is one of the things that they may be experimenting with. The V60 ThinQ will supposedly come with an upgraded folding structure since the earlier version used a “free stop hinge” technology.

Aside from this, there aren’t any rumors or leaks about the specs of the V60 ThinQ. We can, of course, expect improvements over the V50 ThinQ’s 6.4-inch P-OLED touchscreen, its Snapdragon 855 processor, its 6GB RAM and 128GB internal storage, and its triple rear camera and dual front-facing shooters. Alongside it, LG also previously launched the 4G G8 ThinQ at this year’s MWC, so maybe another smartphone will be unveiled as well in 2020.