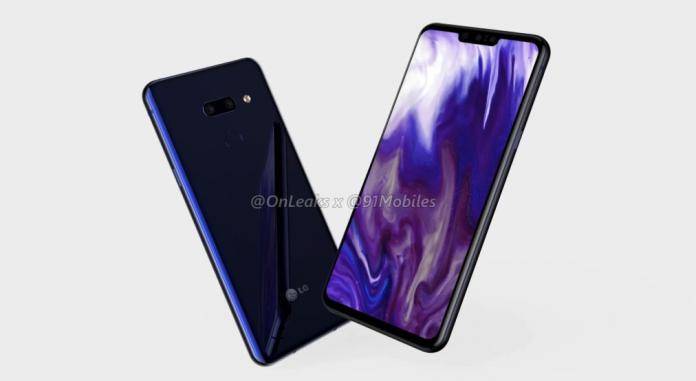 Apart from leaks and rumors, we look forward to rendered images and videos because they give us an idea on how an upcoming smartphone will look like. There are geeks and graphic artists that take time to come up with renders. In the recent months, OnLeaks and 91Mobiles have been busy showcasing what they think will be the design of a new device. They base the concept on past design, rumors, and speculations. The latest subject is LG’s next-gen premium flagship phone–the LG G8.

After the V40, the other South Korean tech giant has the G8. The LG G8 ThinQ is expected at next month’s Mobile World Congress (MWC 2019). Instead of facing Samsung, the brand may directly compete with Xiaomi.

The phone will be released in March 2019. It may or may not feature 5G connectivity as we learned the company is already working on a 5G phone.

LG may be busy preparing to roll out the V40 ThinQ in India but the LG G8 ThinQ is also a priority. Looking at the images, the phone looks similar to the G7+ ThinQ. The glass-sandwich design is still evident. A fingerprint scanner is on the rear which could mean an on-screen fingerprint display won’t be implemented.

The dual rear camera setup is now horizontal with no Laser Autofocus. There may also be a dual selfie camera system. Possible specs and features of the phone include a large 6.1-inch screen, 19.5:9 aspect ratio, 152 x 72 x 8.4mm dimension, USB Type-C port, loudspeaker grille, power button and SIM tray on the right, 3.5mm audio socket at the bottom, volume buttons on the left, and a Google Assistant button.

We’re taking all these with a grain of salt because they’re simply renders. Don’t take the information seriously especially since an LG executive himself said they’re not real.

Head of LG Electronics Global Corporate Communications Ken Hong said, “It’s only a speculative rendering.” He also reminded the public to “Resist the temptation to go all negative based on a rendering.”

He’s actually right. These are only renders–from people’s imagination–so there is no point in complaining–yet.