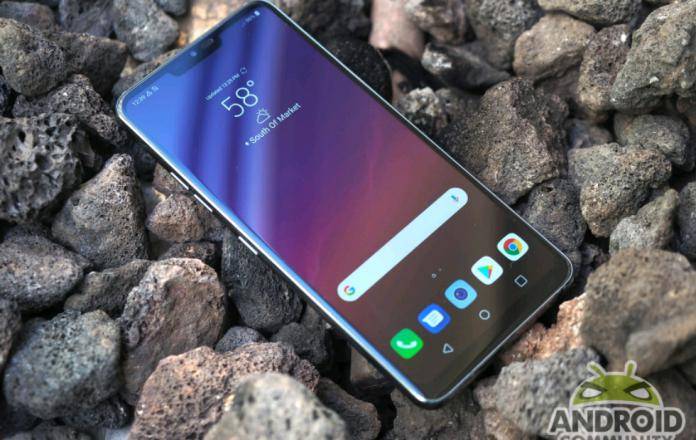 LG started the year on a rather surprising note. It ditched its usual MWC flagship debut and it reportedly scrapped its earlier flagship design to start from scratch. Naturally, that generated a lot of curiosity over what LG would come up with this year. It also placed a lot of expectations on what it should do to bounce back into the smartphone market. Now the LG G7 ThinQ is finally here and we naturally have to ask: Is it worth the delay and the wait? We take a brief hands-on to get a feel for LG’s 2018 bet.

Truth be told, there might be only two things you can fault the LG G7 ThinQ over, and neither has anything to do with the specs. LG definitely chose the cream of the crop when it comes to smartphone hardware. Qualcomm Snapdragon 845, 4 GB of RAM and 64 GB of storage top the list. One point of disappoint, though, is that other markets will be able to get their hands on a configuration with 6 GB of RAM and 128 GB of storage. 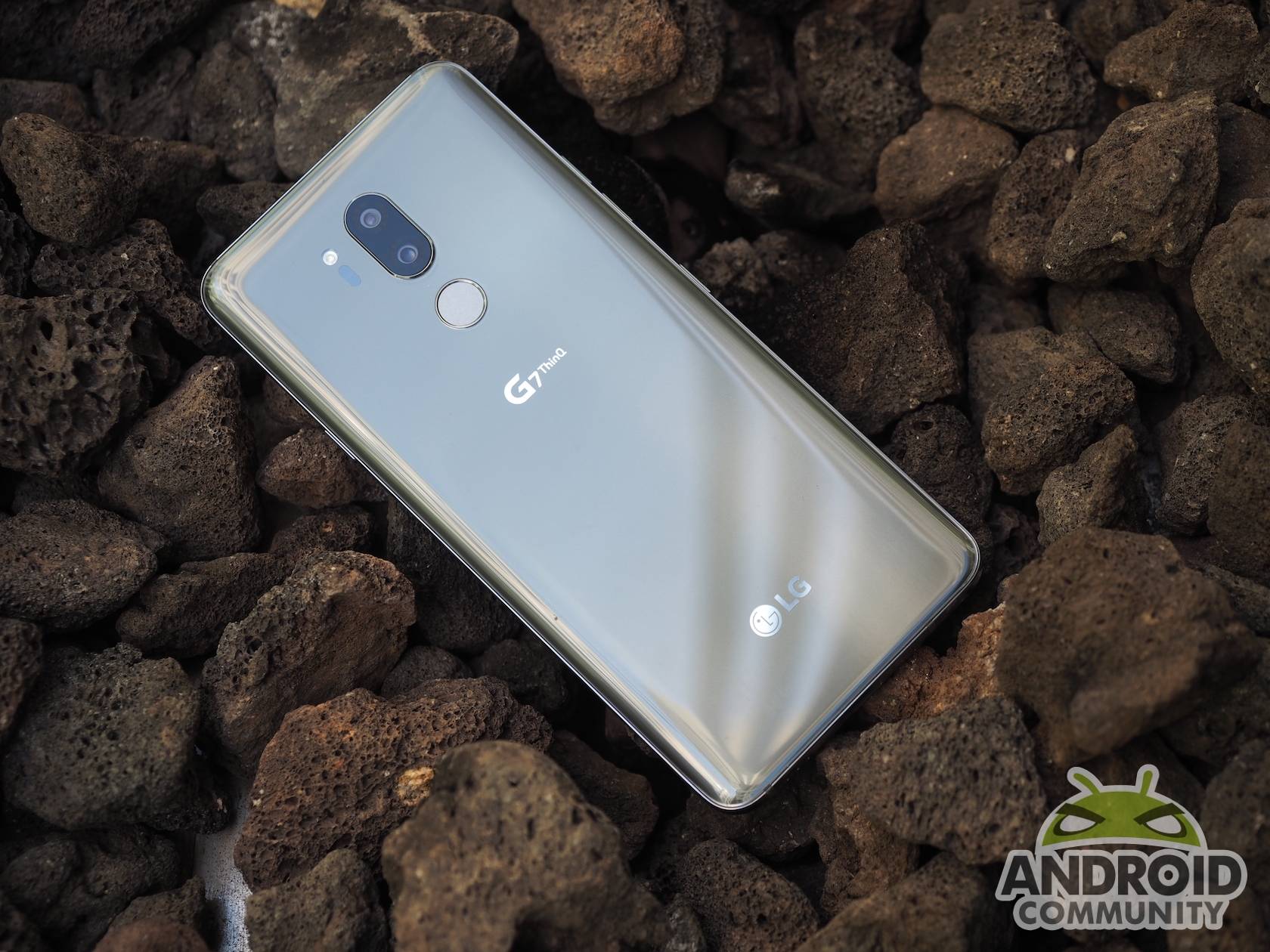 One area where LG seems to have really pulled out the stops is audio. It is perhaps the defining feature of its flagships over the years. For the G7 ThinQ, LG put in an ES9218 DAC with MQA render and DTS-X surround sound. Suffice it to say, it’s going to sound just as good if not better than its predecessors. The highlight this year, however, will be the “Boombox” speaker technology. Taking advantage of the smartphone’s sealed body, it uses the inner chamber of the phone as a resonance space. Coupled with a bigger speaker driver, the LG G7 ThinQ is able to produce a much louder and larger sound, though at the expense of a slight loss of clarity at higher volumes.

The LG G7 ThinQ’s display is probably the elephant in the room. On a purely technical level, it’s near perfect. It is bright, as LCD panels often are, but you can crank up the 800 nits even higher up to 1,000 nits via the outdoor brightness mode. And, yes, LG switched back to LCDs after just one OLED phone, believing it has more to offer in its familiar space. That comes via a 35% reduction in power consumption and an extra white pixel for that boost in brightness. 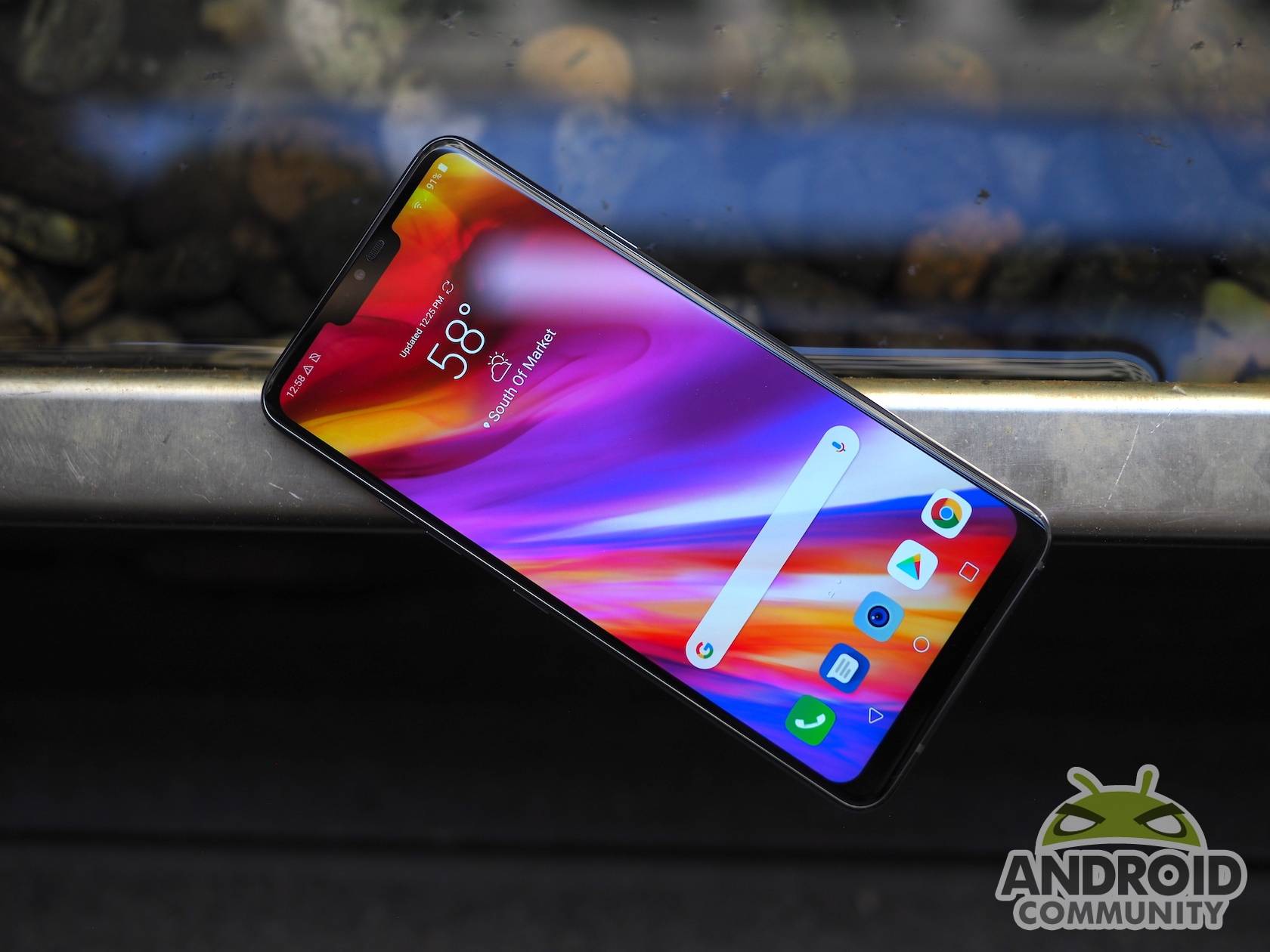 That elephant, however, is, of course, the notch. For the first time, an LG phone has started to look like an iPhone. Unlike OnePlus, LG doesn’t offer any in-depth analysis to justify its decision. Instead, it tries to focus on the side benefit that notch brings: the new second screen. It’s supposedly the evolution of LG’s short-lived UI experiment but doesn’t exactly feel like it. Yes, it has a separate area for notification icons, but that’s pretty much it. No app shortcuts, no custom content. You can, of course, choose to mask that area by turning it all black, blending with the notch. Or you can show your love for the notch by giving the new second screen a totally different and conspicuous color of its own.

The notch is hardly the G7 ThinQ’s selling factor. If you ask LG, that would be its ThinQ-ness, its focus on AI. There is no new LG AI assistant, thankfully. It simply hops on Google Assistant for most of your voice control needs and has its own Camera AI for everything else. Like Samsung’s Bixby, LG has introduced a few device-specific Google Assistant commands to control the smartphone. And also like Samsung, LG got the smart idea to have a dedicated button to trigger Google Assistant silently. And exactly like Bixby, you can’t change what that button does. LG is banking on improvements to its AI features to make users want to use that button, but it’s not closing the doors on making it programmable should there be an angry mob at its door.

Compared to Samsung and Huawei, LG’s improvements in camera hardware are pretty modest. On the back you have a 16 megapixel f/1.6 71-degree camera paired with a 16 megapixel f/1.9 107-degree shooter, both using RGB sensors. Yes, LG still doesn’t have a telephoto camera and prefers to appeal to those who love wide-angle shots. The front camera is close to being disappointing, with an 8 megapixel f/1.9 sensor and a 90-degree lens. You can easily achieve that portrait mode with the rear dual cameras. The lone selfie shooter, however, has to make do with fancy software algorithms instead. Either way, you can adjust just how much blur you want the background to have to make your subject pop. 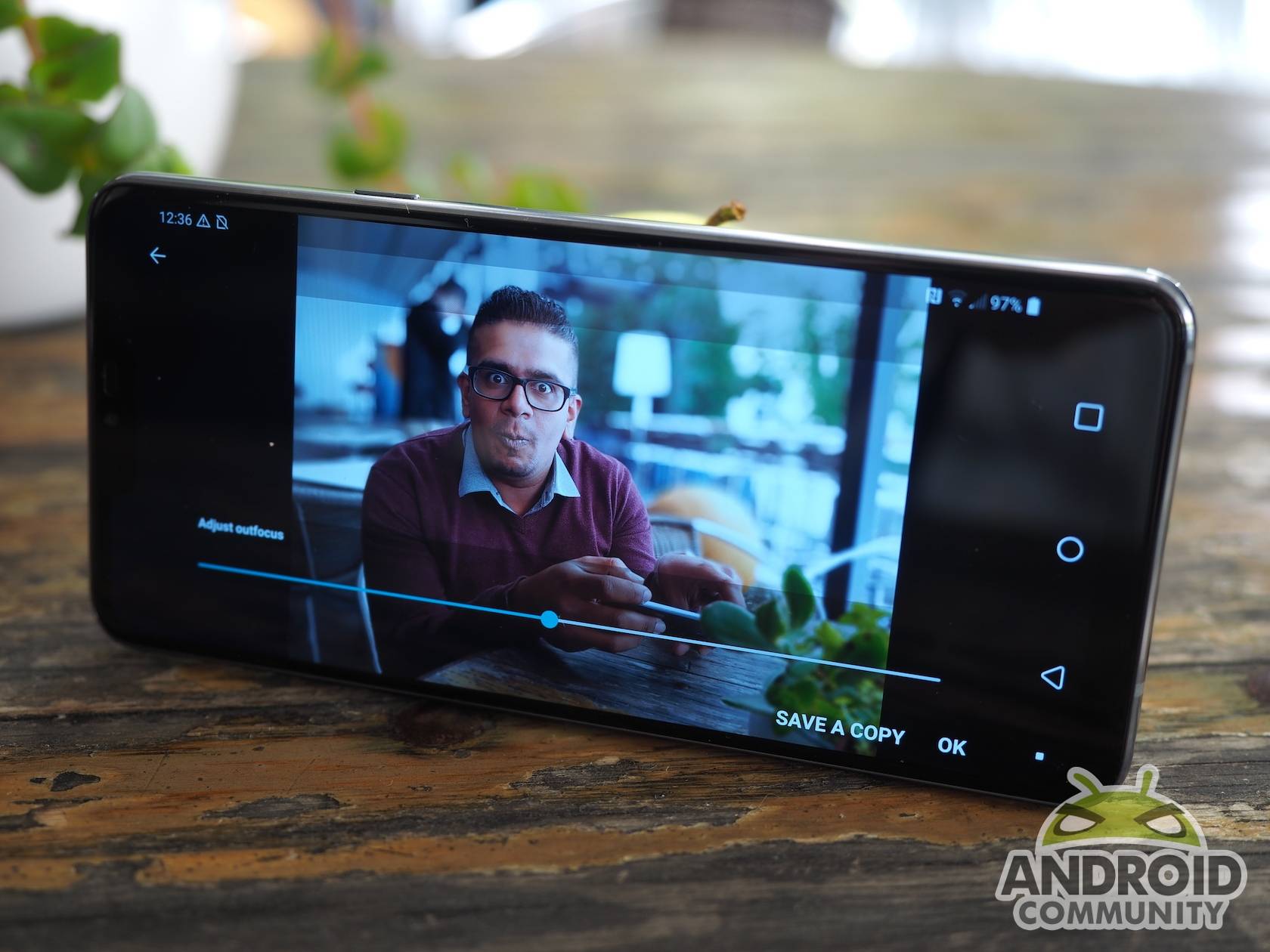 LG, however, would like users to focus more on the AI benefits instead. That mostly revolves around scene and object recognition, which we found to be a tad slow our not so final production model. LG promises the latest version of the software will be a lot faster, automatically applying settings or suggesting filters, depending on the situation. The G7 ThinQ camera also has another trick. In conditions with lower than 2 lux brightness, the camera’s Super Bright mode automatically turns on, combining data from adjacent pixels to increase the photo’s brightness. With 3-10 lux conditions, the AI will ask permission to turn Super Bright on but still leaves the decision up to the user.

Design-wise, the LG G7 ThinQ may not turn heads other than to wonder if the thing is an iPhone X or not. The back inherits the same curved and shiny glass of the LG G6 and the LG V30, now available in Platinum Gray, Aurora Black, Moroccan Blue, and Raspberry Rose. The design might look modest but it feels great in the hand. The fingerprint sensor on the back is exactly where it should be and the metal edges sandwiched between front and back glass don’t cut into your palm.

Once again, LG manages to check all the right boxes with the LG G7 ThinQ: performance hardware, premium design, bright and vibrant display, impressive audio, and an non-bloated user experience. Granted, it may have missed the mark with the notch and the unchangeable AI button, but those could also be a matter of opinion. Sadly, the smartphone market isn’t simply a matter of who has the highest scores and it remains to be seen whether the LG G7 ThinQ will indeed by the company’s salvation or as big a flop as the LG G5.