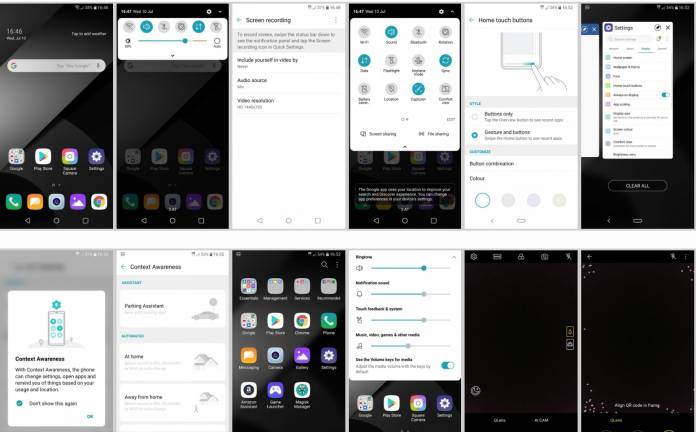 While most of us are already probably waiting for when Google will officially announce Android Q, there are still devices that are waiting to be upgraded to the current version, Android 9.0 Pie. Korean OEM LG has notoriously been slow in updating its devices and last year’s flagship, the LG G7, just recently received its update. So that means that its predecessor, the LG G6 released back in 2017, will soon get it right? Well it looks like that may be the case as an early build of that update has been leaked, at least for the H870 European model.

According to the LG Android Pie roadmap, the LG G6 should be receiving the Android Pie update sometime in the third quarter of the year. Since we’ve just recently gone into that part of 2019, this early build may just be legit. The folks over at XDA Developers talked about it, saying that Telegram user @backryun discovered the build and it was eventually verified by user @Pascal. It was then seen on reddit with screenshots, video, and a flashed build.

The update, or at least this early build of it, weighs 2.6GB and also has the May Android security update. So if you’re one of the remaining owners of an LG G6, or at least the European version, you may want to make space for this update when it eventually arrives. It comes with the usual Pie features including two-button gesture navigation, adaptive battery and brightness, better accessibility and security features, etc.

If you don’t want to wait for the stable version, you can already flash it to your device as long as you have the H870 model. If you already have an unlocked boot loader, you can download the OTA file and then flash it through TWRP. You can also just side load the file if you prefer. The detailed guide can be found on the XDA article we mentioned above.

But if you don’t want the hassle of doing any of that, you can just wait for the official version. The bad news is that we don’t know when that will be but if they follow the roadmap, it should be sometime between now and September.