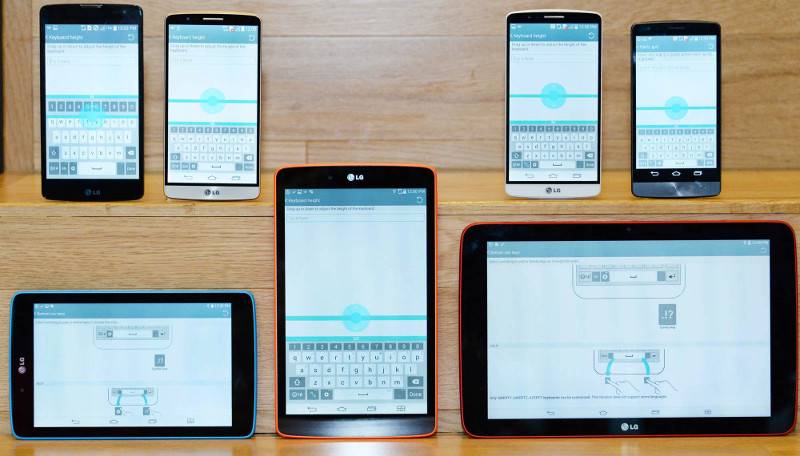 When you finally land on a winning formula, it’s only natural to want to capitalize on it as much as you can until the well runs dry. The LG G3 has been praised not just for its premium hardware but for its software suite as well, which LG will now be bringing in parts to its roster of less premium devices down the line.

LG has slowly been introducing a number of custom software features that have reached their crowning glory in the G3. Features like Multi Window, QSlide, QPair, and Knock Code have been improved in the latest smartphone and have likewise made appearances in LG’s other devices. The company will be continuing that rollout of features and is now targeting its line of entry-level and mid tier smartphones and tablets.

Of the many UX (user experience) feature in the G3, two will be coming to other LG devices, namely Smart Keyboard and a set of Camera features. Smart Keyboard goes beyond the call of duty of other “learning” keyboards by studying not just your most used words but also your typing habits and mistakes. The keyboard also offers some degree of customization to make it even more personal and tailor fit for different kinds of users. On the camera side, three specific features will be making their way down the chain. Touch & Shoot combines the act of “tap to focus” and “tap to shoot” into a single tap to make taking photos quick and easy. Gesture Shot lets you activate a three-second timer by simply opening and closing your hand in front of the camera. Finally, Clean View removes all the clutter around the camera screen, giving you an unobstructed view of your target.

LG does not mention which devices will be receiving these new features nor when, though it mentions devices released in the second half of this year. The OEM also doesn’t mention if there will be other UX features that will join the list in the near future, though that might be a possibility as LG continues to consolidate its UX offering across is different devices.