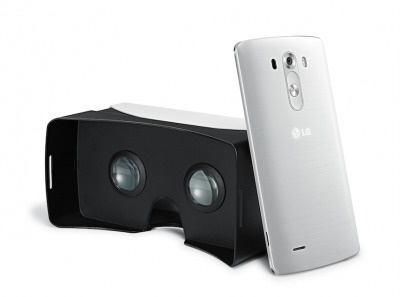 Virtual reality devices still haven’t caught on like wildfire for various reasons (too bulky, too expensive) but you can bet that OEMs will continue to sweet talk consumers into trying out their respective devices and the technology itself. LG’s marketing is smart enough to know that people will be willing to experience something if it’s given for free (well, sort of free) and so now they’re offering free VR headsets for those who will purchase their current flagship, the LG G3.

Whenever you buy their flagship smartphone at any of the participating stores nationwide, you’ll receive a free VR unit. But what use is a device if you don’t have any content to use it on? Yes, LG has thought of that too, and so they’re also including an in-box QR code that will give you free games where the VR headset will be shown in its full glory (or so we hope). The LG G3’s Quad HD Display is probably one of the perfect devices in which to experience virtual reality as it has more pixels per inch, giving you a more realistic feel when using the headset.

The device they’re giving away is based on the Google Cardboard blueprint, and this one is made specifically for the LG G3. There is no assembly needed and all you have to do is insert the smartphone into the headset and you can already experience virtual reality through the games and apps that come with it or that can be downloaded on the Google Play Store.

In case you already have an LG G3 but would still like to try out VR, they also have a raffle on the LG Facebook page. Entries have to be in by April 13. Meanwhile, the free VR headsets with the purchase of the LG G3 will be given away in select US stores until supplies last.