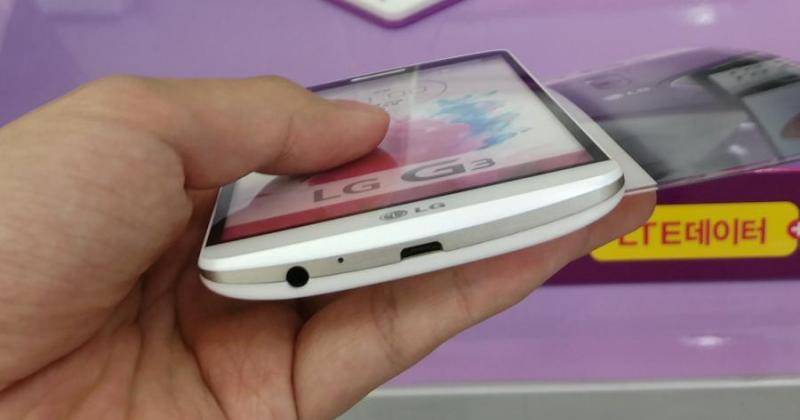 It’s understandable that there are people who are excited about the upcoming LG G3, but it seem that some stores are just a tad too eager. A store in Korea, in particular, has been caught showing off a dummy model of the smartphone, days before LG itself would show off the actual device.

Granted, there is practically nothing else that’s secret about the G3’s form and apperance, barring a few last minute surprises from LG. The overall shape of the device, the back side controls, the brushed metal apperance, all that has been leaked before and practically confirmed by LG itself. Of course, dummy units don’t really reveal hardware information, which could still lead to some unexpected twists and turns by the time the official announcement arrives.

What’s interesting about this dummy model is the white color of the body. Traditionally, LG would out white and black color options, but ever since word of the brushed metal look came out, we’ve so far only seen a metallic black device. Brushed metal also doesn’t really look that nice on a white coating, so this dummy could be hinting at a plain, white, and probably plastic variation. Or maybe the retailer just got it wrong.

Needless to say, we’re getting close to the day when all rumors will be put to rest and we’ll be getting to see for real what LG has in mind after all. The LG G3 is shaping up to be a rather interesting device, so even if you’re not a big fan of LG or its products, May 27 (London time) might still be a date you’d not want to miss.