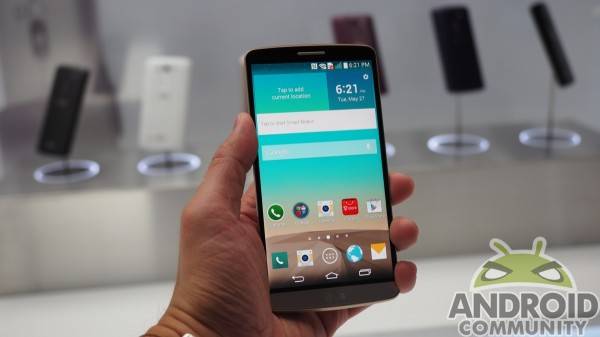 Today, the LG G3 is everyone’s newest darling device, so its not surprising to hear the mobile carriers raise their hands high to shout “me too!”. The good news is that the G3 will be landing on all major US carriers. It’s just a question of when.

According to Verizon, LG’s flagship will be arriving on its stores in summer. which starts in the US near the end of June. Perhaps the best news for Verizon subscribers that want to get their hands on the smartphone is that the G3 will work with the carrier’s newly launched XLTE service. 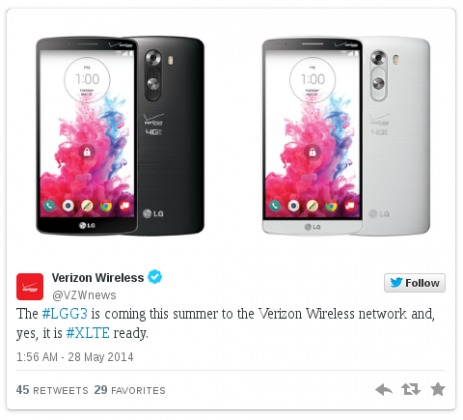 Of the three, AT&T is probably the most vague. The carrier only mentions that it will offer the LG G3 this year, but makes no mention of season, quarter, or month. Of course, it’s unlikely that it will work with the network’s fancy new VoLTE HD Voice offering either.

To be fair, T-Mobile isn’t also saying exactly when the smartphone will be put up on its shelves, but it has something a bit better. Customers who pre-register for a device can get a chance to win what the carrier is calling a Beta model of the G3. Make no mistake, however, as this model is exactly the same LG G3 that consumers will be able to buy on launch day, at least according to T-Mobile. The only difference is that this Beta G3 will come with beta versions of the software, probably the same version we met in our brief first encounter with the device. The carrier will be giving out one free Beta LG G3 smartphone every day, starting today until June 29, which could be the date when the retail version goes live.