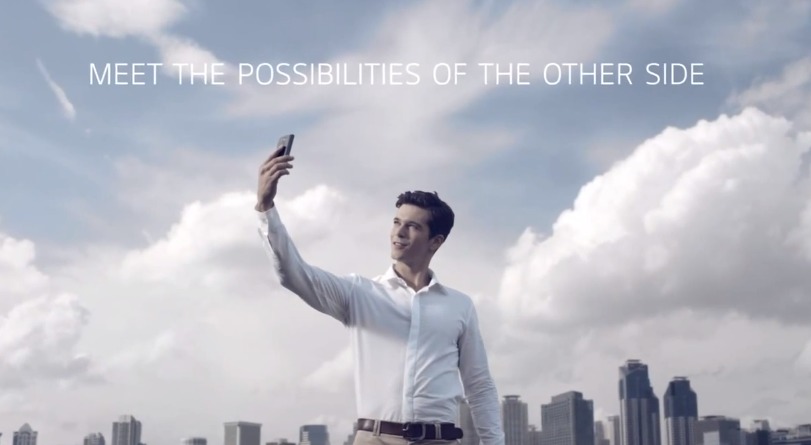 Lately we’ve been seeing quad-core processors and 1080p displays take the top spot for features worth highlighting on smartphones, but LG has a different plan. They decided the grass was greener on the other side, and have moved the volume and power button to the rear of their recently announced LG G2 smartphone. And now today we have quite the dramatic short feature film starring exactly that.

Last week LG announced the all-new G2 smartphone with some pretty stunning features. It will be the first smartphone to market with the world’s fastest 2.3 GHz quad-core Snapdragon 800 processor, it has a 13 megapixel camera with optical image stabilization, the first 13 megapixel sensor on a smartphone with such a feature. Not to mention the world’s thinnest and brightest 1080p display coming in at full HD resolution.

However, all those impressive things weren’t the star of the show during the announcement, or this new video. Instead the buttons on the side are all on the back, and LG wants you to know it. They get all dramatic in what is being called the LG G2 “Rear Key Movie” and you can check it out below.

I’m not sure if I just watched an Audi commercial, or if this is the best thing to happen to smartphones for girls to take selfies instead of mirror pics in the women’s restroom. All jokes aside, we understand the move, and the appeal, and it sort of makes sense for the natural placement of the index finger. I know that’s where my finger is while holding the phone and texting, and I have a similar grip while talking on the phone. My index finger will always be right there, close to the buttons.

In practice we enjoyed the placement with our limited LG G2 hands-on last week, but will have to test it out fully before we make up our minds. What did you think of the dramatic yet inspirational video? Or the awesome screenshot I grabbed for the image above? Epic right! Do you buy the rear button move? Let us know below.