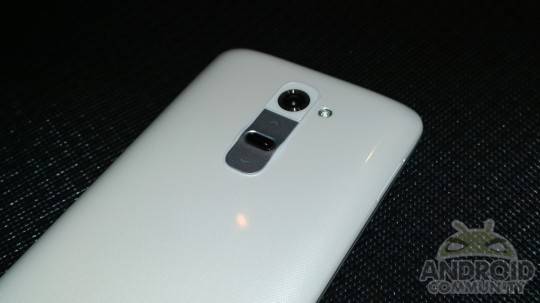 Consumer Reports, known for running various items through their paces before giving the thumbs up or down, has released their “Top 10 electronics products of 2013” list. The list, which simply gives a loosely-based rundown of all the things they’ve enjoyed thus far, has a somewhat surprising addition this year.

The LG G2 is noted as a Consume Reports choice as a “brilliant smart phone”. Noting that the G2 has a “stunning 5.2-inch display and a battery that doesn’t know when to quit”, Consumer Reports also liked the button placement on the rear of the device. They also thought LG’s UI for the G2 was interesting, and enjoyed the shortcuts they have worked in.

the list also includes the newest iPhone, which Consumer Reports notes is the best iPhone yet. Interestingly enough, the Amazon Kindle Fire HDX 7-inch tablet made Consumer Reports dub it a “top-notch tablet” for the screen and new features, like Mayday. The Chromecast also made an appearance as Consumer Reports’ favorite streaming device of 2013.

We’re surprised because the LG G2 is a polarizing design choice, and the ubiquitous Android company Samsung has been left off the list entirely in regard to mobile. Their highly priced and ultra-sharp curved OLED TV made a mark, as it should, but nothing mobile. With the Galaxy Gear, Galaxy S4 and Note 3 all making an impact this year, we’re surprised they didn’t have another spot on the list.