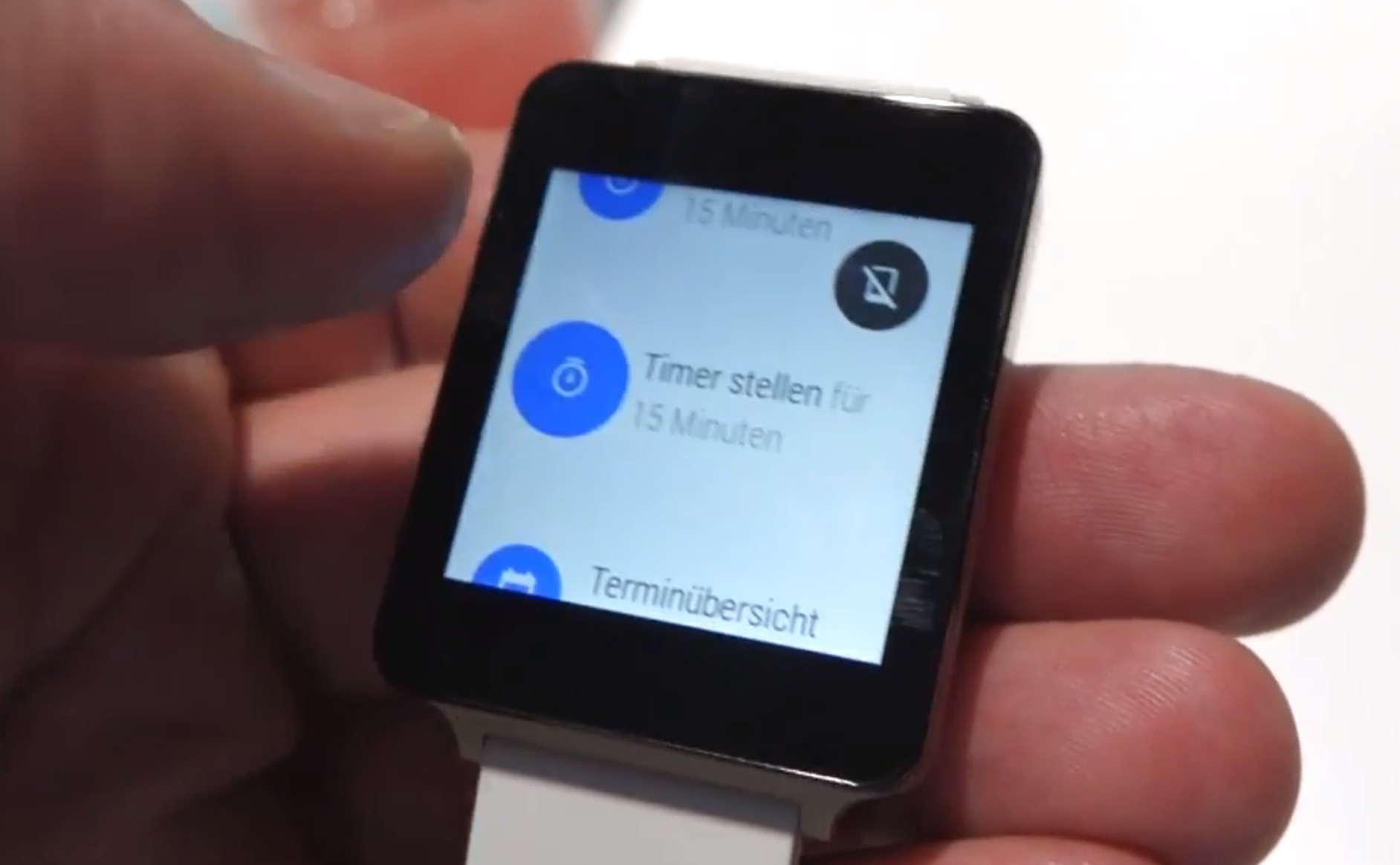 The LG G Watch, which can be claimed as the first Android Wear device, was recently run through its paces in London. Via a German website, we get our first look at the G Watch. Up close, personal, and working, the G Watch is detailed below, so check it out!

We’ll first say that neither the hardware or software can be counted on as final, so take that into consideration before judging to harshly. What we do find is a watch with a very square design, that has some sharp lines and distinct styling. The band merges seamlessly into the body, and those components making up the body fit together quite nicely. From a hardware perspective, it’s polarizing, but nice.

Software is the real attraction for an Android Wear device, and the G Watch gives us a look at it. As expected, Google Now makes a prominent appearance, essentially providing a home base for the platform. Aside from voice control, it looks to have a very crude card-based interface. Scrolling looks to be a bit jerky, but again — this is a beta product, so we won’t be too unkind.

It’s a sharp handset, with little breaking up design but the pin charger under the body. We’re curious what you think, though: are you excited for this one, or waiting to see what Motorola has up their sleeve (pun intended)? Le us know in the comments section below!