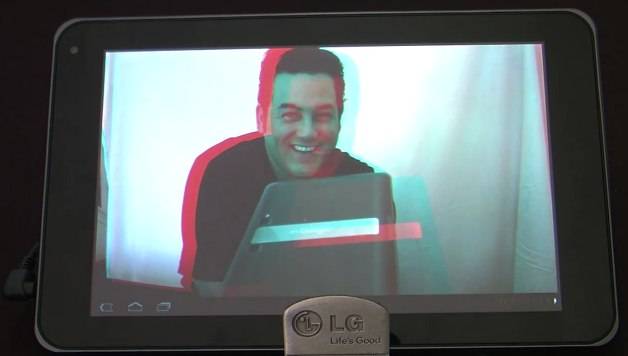 LG’s G-Slate has been caught on video doing its 3D thing, and it’s bad news if you were expecting the sort of 3D technology we’ve seen on HDTVs in the living room of late. Instead, the G-Slate uses a basic anaglyphic system, phasing the picture into two red/blue images that will use passive colored-lens glasses to combine them into a 3D picture.

It’s all courtesy of a new video overview posted to YouTube, seemingly the latest in LG’s attempt to slip the Honeycomb-based G-Slate out in every way bar actually giving reviewers one to play with. Still, we won’t argue with a glance at all the ports and the docking station connector pins, and hopefully we’ll have some hands-on time next week when Android Community heads to MWC 2011 to play with the European version of the G-Slate, the LG Optimus Pad.