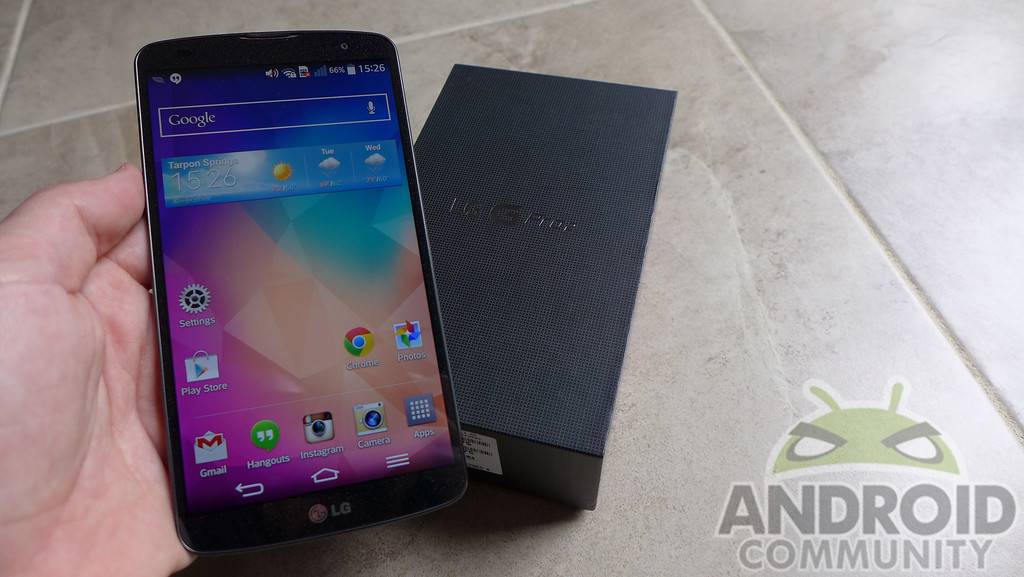 LG was showing a few devices during during Mobile World Congress. One of those was the LG G Pro 2, which naturally, is the successor to the LG G Pro. This handset was originally unveiled back in mid-February, but perhaps a bit more important here, we left Spain with an LG G Pro 2 and have been carrying it since. With that in mind, read on to see how the handset stood up during our testing. 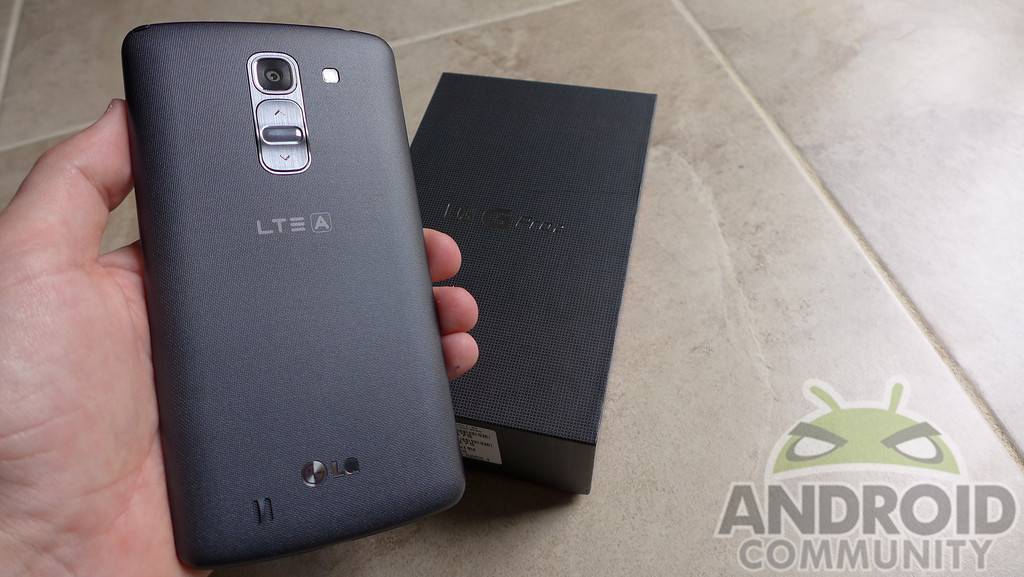 As you’ll see from the image sitting above, LG has continued with the rear-facing buttons. This means the volume rocker and power button are sitting on the back and centered (just below the camera lens). The power button also doubles as a notification light. We will admit this button setup looked and sounded a bit strange initially, however using the G Pro 2 (as well as others such as the G Flex), proved otherwise. Plus, the power button isn’t always as important due to some of the software features, such as the ability to double tap the display to wake it.

And due to those buttons being tucked away on the back, the rest of the handset has a cleaner look. Both sides are free and clear of buttons. The top has a headphone jack, and the bottom holds the microUSB port for charging. There is also a microphone on both the top and bottom. The gallery sitting below will give a quick tour of the device.

The back of the handset is textured, and the back cover is removable. As well, the battery, which is 3200 mAh can be swapped. The microSD memory card slot (and SIM card slot) are also tucked away in with the battery. The texture on the back of the handset is noticeable, however it does not feel overly rough. Basically, it should be just enough to give the phone a bit extra grip.

We should also mention that due to the battery size, as well as the Battery Saver option from LG, we had no issues getting though the day. Battery Saver turns on (when activated) when the battery reaches 30 percent and automatically turns features off. This is somewhat customizable with options for auto-sync, WiFi, Bluetooth, NFC, vibrate on touch, and the notification LED. You can also further customize Battery Saver for the screen brightness and screen timeout.

Flipping over to the front and you’ll find a somewhat unique feature. Or maybe more accurate, a unique style. LG has a glitter look going for the G Pro 2. And before anyone runs thinking a glitter phone is a bit much, it does shine with light, but it is far from being overbearing. Simply put, the sparkle, which sits around the bezel of the display adds some extra flair to the look. You can see a few shots sitting in the gallery below.

Perhaps equally important as compared to the looks — is the feel. We don’t have any complaints in regards to having the LG G Pro 2 in our hand. LG seems to have taken some care into the build quality here, and overall, that means the phone feels solid and sturdy. Given the size of the display is on the larger side, LG also put some thought into that and included some software features aimed at one-handed use (more on those later in the post).

The video sitting below offers a tour of the exterior of the device, and also highlights a few of the key software features.

While we are more than happy with the overall look and feel of the handset, how about we get down to the nitty gritty — the specs. LG has this one loaded with a 5.9-inch 1080p display and powered by a quad-core 2.26GHz Qualcomm Snapdragon 800 processor with 3GB of RAM and Adreno 330 graphics. The remaining specs break down as follows;

To clarify here, we have been using the Korean model, which limited our experience to 3G speeds (using an AT&T StraightTalk SIM) here in the US.

As you have likely guessed by seeing the spec list sitting above — the LG G Pro 2 does have some power and potential. The handset performed really well during our testing time. Our usage included the basics such as calling and messaging, as well as image capture and editing, social networking, and some gaming. The gaming was more on the casual side, however we did get into a bit more with titles such as Dead Trigger 2 (which ran really well).

There wasn’t anything that gave us room for concern during our testing time, however we realize some still prefer to see the benchmarks. As per our standard, we ran benchmarks from AnTuTu, Quadrant and Geekbench 3. The results are sitting below and can speak for themselves.

In terms of the software, as mentioned in the spec list above, the G Pro 2 is running Android 4.4.2 Kit Kat. That bit by itself was really nice to see, but there is a bit more going on here. LG has quite a bit of extras. This includes everything from themes, to special software features. And while some users are currently chasing a clean and stock Android experience, having been using the G Pro 2 for roughly a week we can say this — stock Android is not always better.

Of course, that is a matter of personal opinion. But in the case of LG, they have quite a few software features that actually improve the user experience. These include the simple ability to double tap the display. And to clarify, you can double tap to turn the display on, then double tap again to turn it off. In fact, we’ve gotten so comfortable using this feature we find ourselves tapping the display on other phones.

LG also rolled out another ‘knock’ feature with the release of this handset. This latest is called Knock Code and deals with unlocking the handset. This can be found in the lock screen portion of the settings and allows users to set a series of knocks (from two to eight) to unlock their phone. LG touts this as offering a possible 86,367 combinations. Naturally, the other options such as pin, face recognition, the basic swipe and others remain available. 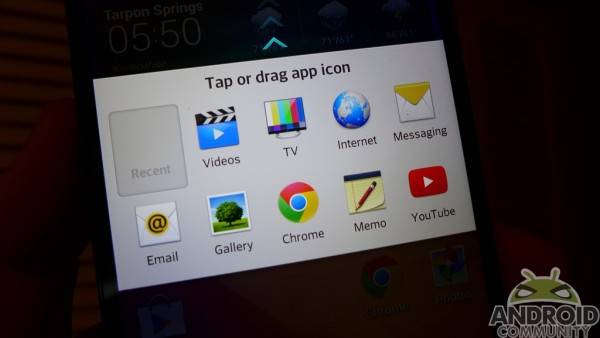 Some of the other software highlights include Dual Browser, and Mini View. The Dual Browser setup is for multitasking. Given the large 5.9-inch display this one actually proved useful. Users are able to tap and hold the back button, which will bring up the available app menu. From this point, simply tap and drag the apps you want to use together. This comes in handy when trying to take notes from a webpage, amongst other things. It also works with a fairly wide variety of apps.

The Mini View setup is one of several options aimed at one-handed use — something that comes in handy with a 5.9-inch device. Mini View shrinks the display down, and sets it to the left or right side. This works from wherever, and is able to be activated by swiping either left (or right) across the capacitive navigation buttons. Some of the other features aimed at one-handed use include the dial pad, LG keyboard, and lock screen. These can be found in the general section of the settings.

Bottom line here, while many prefer something stock in terms of Android, these manufacturer specific features and add-ons aren’t necessarily a bad thing to have. And in the case of LG, we have found many of them to be ‘missing’ when we pick up another device.

LG continued with some extra effort when it came to the camera setup. The front-facing camera is 2.1MP and is touted as having an “increased sensor size and increase in aperture from 2.6 to 2.2.” LG also has the front-facing camera sort of optimized for selfies. We will spare you with our selfie images, however this setup works as follows.

Once the front facing camera is active, a tap of the flash button will minimize the preview screen. This means users will have a brighter background, which allows for more lighting when using the front camera. Bottom line here, while selfies are something people tend to poke fun at, they aren’t going away and in that respect, the G Pro 2 camera setup does offer some help in making them a higher quality. 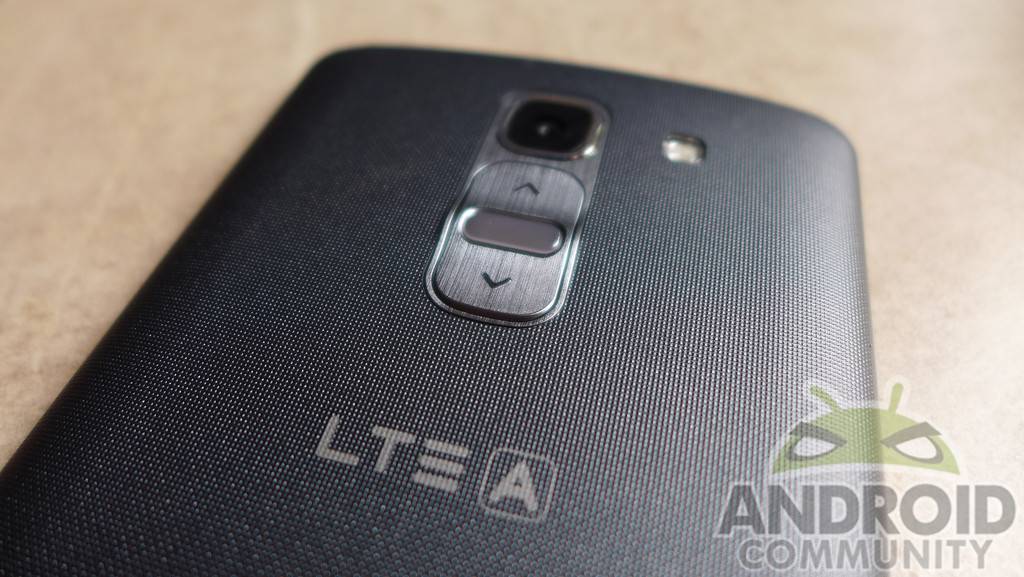 But while the G Pro 2 can take better selfies, that is only the beginning of the camera specifics. The rear-facing is a 13MP with OIS (optical image stabilization). LG also has some extra items that go along with the rear-facing camera. To begin with, the basics such as a wide variety of modes for both still images and video are available. By default you’ll be shooting in Normal, however we found the Intelligent Auto to our liking.

As well, you can adjust the resolution with both images and video. On the image side these options range from 3MP up to 10MP (16:9) and 13MP (4:3). The 10MP option shoots at 4160 x 2340 and the 13MP option shoots at 4160 x 3120. The sample images seen here in the post were taken with the Normal mode and captured at 10MP. They were also uploaded without any editing, and can be seen sitting in the gallery below.

As for a sample video, the one you see sitting below was captured at the FHD setting, which is 1920 x 1080 at 30fps. Similar to the sample images, this video was uploaded to YouTube without any editing. We think the camera, both still and video, performs well, but you can judge the quality for yourself.

Otherwise, aside from the basics of taking a picture, or shooting a video, LG has those other features we mentioned previously. In this case we are looking towards items such as Magic Focus and Natural Flash. These are just two of many, but they are two of the highlights. Beginning with Magic Focus, this means the user will be able to choose the desired depth of focus after the image has been taken, but before the final image has been saved.

As for Natural Flash, LG touts this as being an option that will allow for more balanced color temperature and exposure. Or in other words, using this option should allow for more natural looking images — even when they are taken with the flash. As with the other sample images, sitting below are two unedited images. These were taken one after another, the first without the flash and the second with the flash. 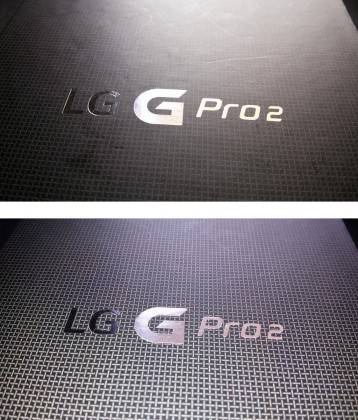 Bottom line here, the LG G Pro 2 appears to be an all around solid performer and it held up well in our day to day use. The display was solid, and battery life proved nothing to worry about. Not to mention the overall build quality — which was more than acceptable. We also especially liked the camera, and the camera options. Plus, in a world where many Android users are looking to get a clean and stock experience, we are more than willing to ditch the stock experience in favor of the perks offered by LG. We still need some more details in terms of a US release. Namely, a date, some pricing and carrier specifics. But if nothing else, we do feel the LG G Pro 2 should be a handset to consider once it comes available.