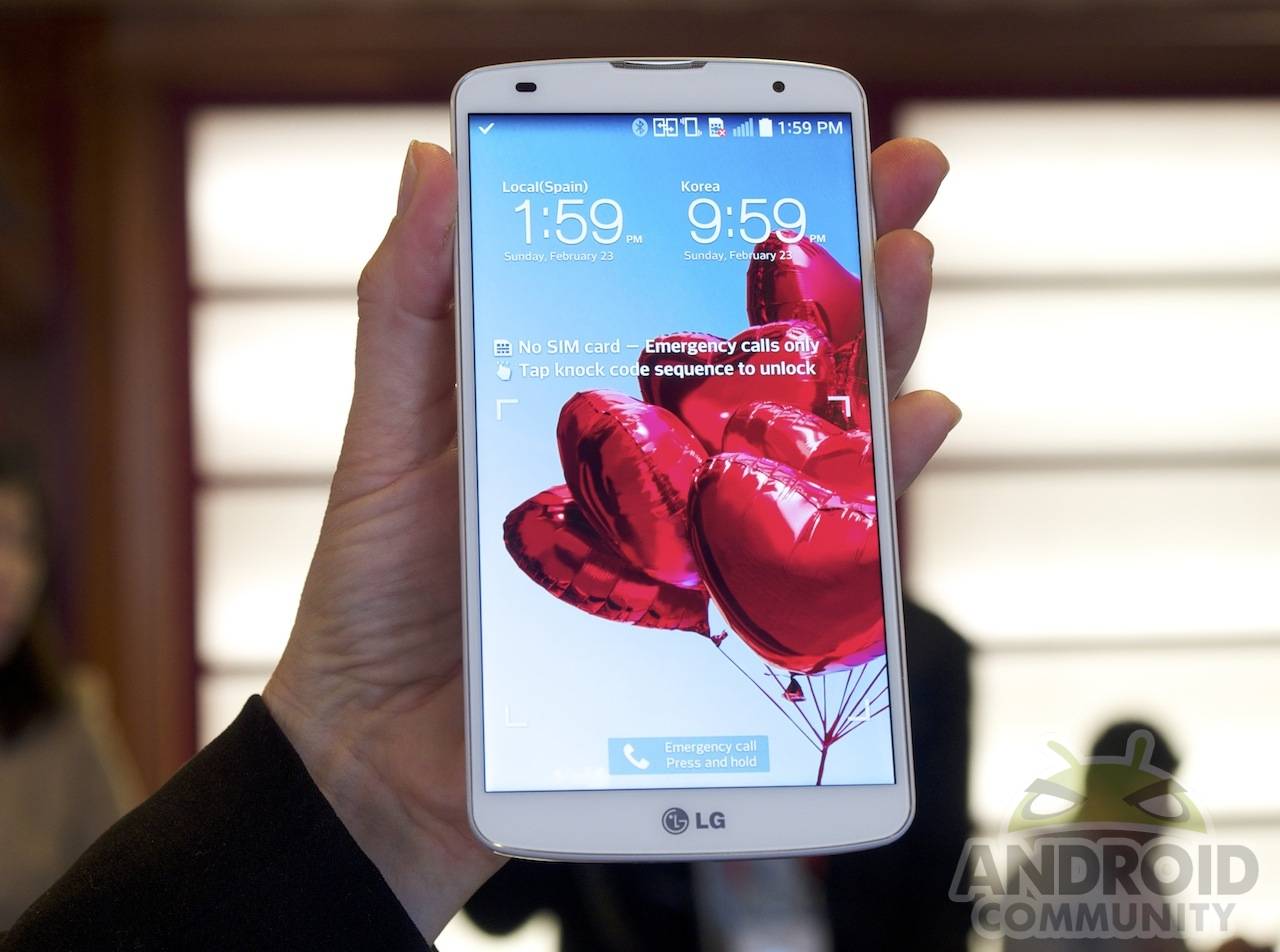 The LG G Pro 2 was unveiled earlier in the month. That initial unveil was only for one market, Korea, however LG is showing the handset here at Mobile World Congress. As a refresher, LG has this one loaded with a 5.9-inch IPS LCD display. And for those wondering, the display appears to be bright and clear. LG also brought over those rear-facing buttons.

These, while still somewhat unique and new, are rather interesting. Having been carrying an LG G Flex for a few weeks now, we can also say they are something you get quite used to having around. Similar to how your finger seems to find the dimple on the back of the Moto X, these rear-facing buttons are seemingly in a perfect position — especially when trying to adjust the volume while on a call. 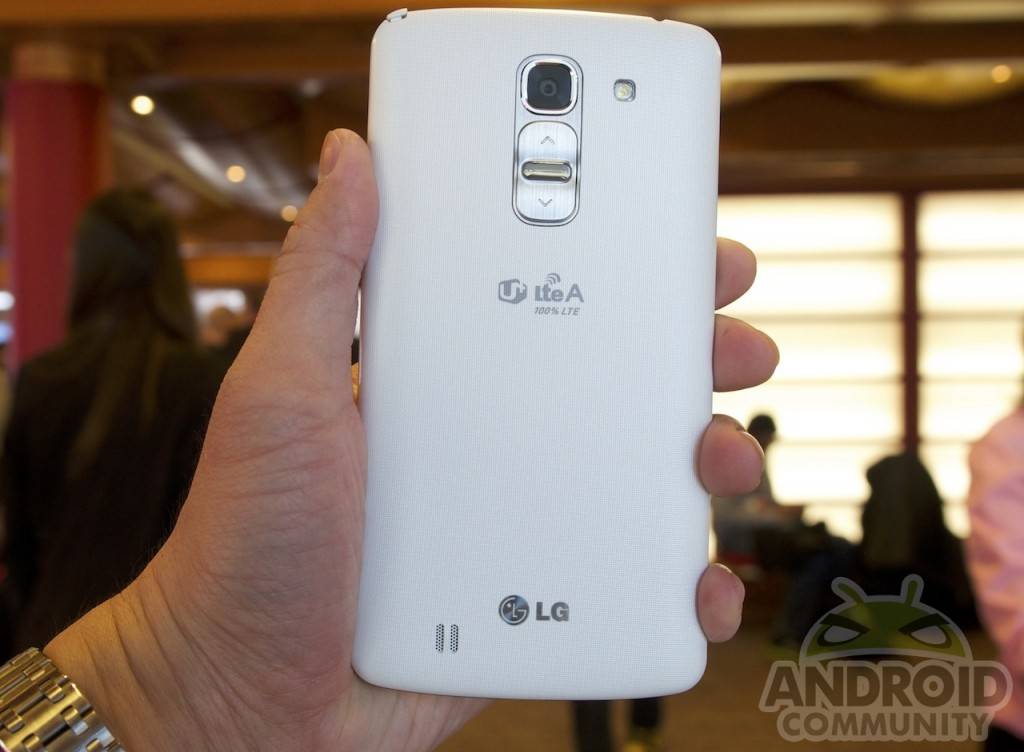 LG also has KnockOn available on the G Pro 2, which as the name suggests — allows you to simply double-tap the display to turn it on. Very handy when your phone happens to be sitting on a tablet. Also very useful given the rear-facing power button is not easily accessible when your phone is sitting on the table.

Overall the phone is on the larger size, and while this could be due to our recent LG G Flex usage, we can say the G Pro 2 didn’t feel overly large in our hand. For comparison, the image sitting below shows a side-by-side with the Samsung Galaxy Note 3. Otherwise, the display is 1080p and the handset is powered by a Snapdragon 800 processor with 3GB of RAM. 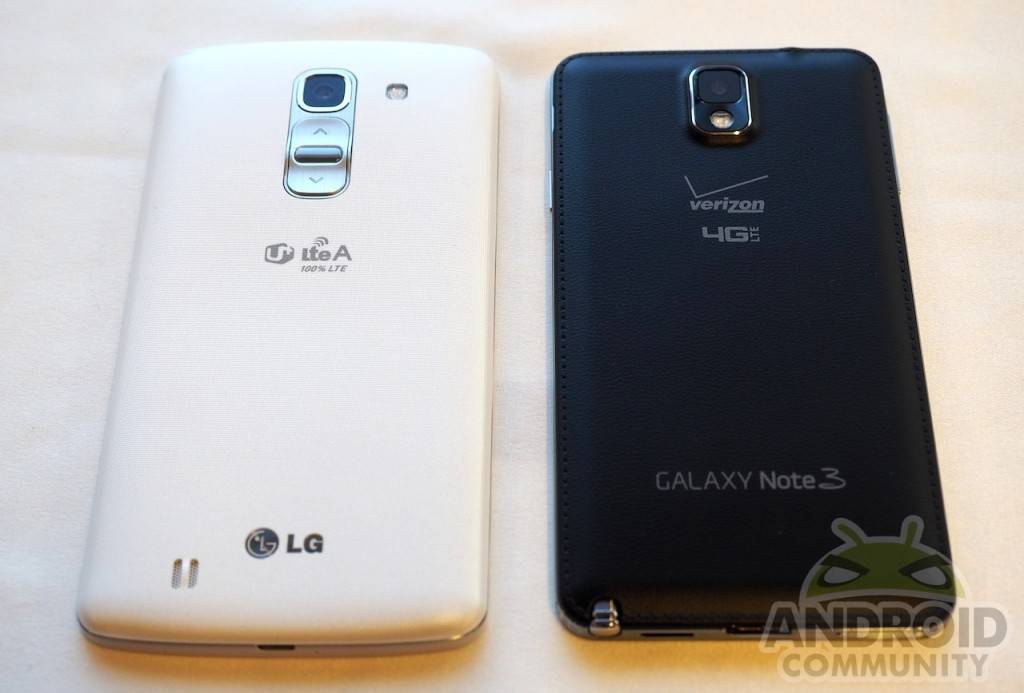