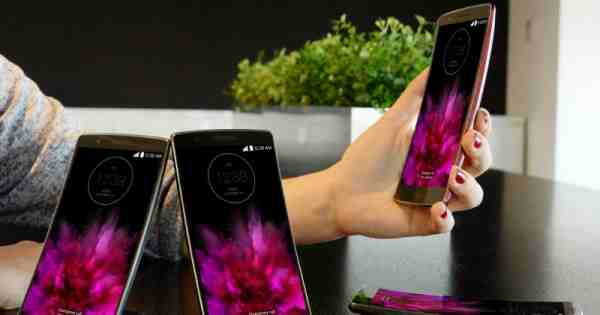 Some tech websites simply love to run (torture) endurance tests on all the latest gadgets not because they have money to burn, but of course to test out the durability of devices for us consumers that can’t afford to attempt to destroy smartphones or tablets. Although of course the tests they put on the devices are extreme, it may mimic the real-life situations that these gadgets may undergo once they are in our care. Full Mag this time chose to do endurance tests on the new LG G Flex2.

One of the key features of this new curved smartphone from LG is its “self-healing” properties, which means its soft plastic back cover absorbs the bumps and shocks that it will endure. They sought to test this out with three endurance tests. The first test showed the phone dropped from a height of 1 meter and then quickly plunged into water. Of course, you have to expect that the LG G Flex2 will survive this simple test and it did. Note that this device doesn’t have waterproof certification so that drop into the water needed to be just a split second. The second test is a bit harder, with the phone being run over by a truck. It is positioned face down when the vehicle ran it over, and somehow it was still usable. However, the screen had really severe cracks, so even if it does survive, you’d probably have to get that screen replaced.

The most extreme of the tests is the one where they attempted to just graze the phone with a 50 caliber rifle. However, it didn’t just graze the smartphone, but in fact hit it almost directly, and sure enough, the LG G Flex2 got obliterated. The only semi-surviving part was a piece of the backing cover. It’s pretty understandable that it didn’t survive, so don’t expect to have an intact smartphone when you somehow get caught in the crossfire.

The LG G Flex2 is a 5.5-inch full HD screen device that runs on the Qualcomm Snapdragon 810 and has 2GB of RAM and either a 16 or 32GB of storage. It’s now available in the US market on Sprint and US Cellular and coming soon to AT&T.