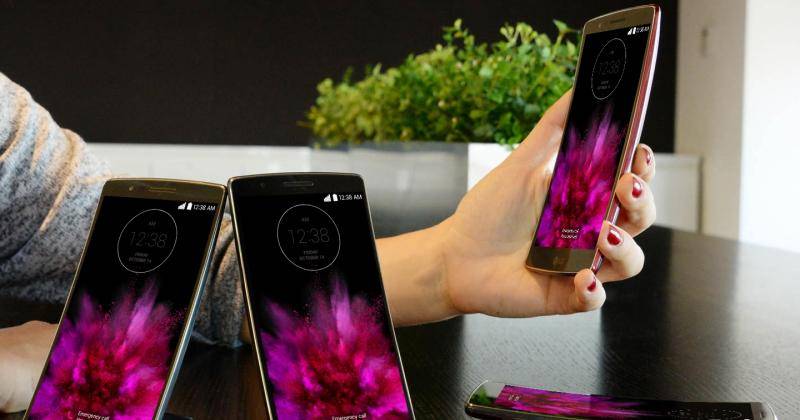 LG is making a big fuss over MWC 2015 but that doesn’t mean it’s taking things sitting down. Instead of trying to play tug of war over the spotlight, the Korean manufacturer is doing all its announcements before the event. It has just recently unveiled a new set of mid-range smartphones and now it is announcing that its hottest new product, the LG G Flex2, will be available this week in more places around the world, with more to come after MWC 2015 is done.

It’s almost hard to believe that it’s barely been two months since LG unveiled the curved successor at CES 2015. Since then, the smartphone has been available in one and only one market, it’s home town of South Korea. This week, however, LG will begin the global release of the G Flex2, to give would be owners some time to decide who will really be the king of the smartphone hill by the time MWC starts.

The G Flex2 is a peculiar smartphone in more ways than one. Of course, the most obvious is its curves, which is now more curved in more places than its predecessor, the first ever G Flex. But more than that, the G Flex2 is also one of the first devices in the market to run on the rather controversial Qualcomm Snapdragon 810. The other is the Xiaomi Mi Note Pro, which will hardly see any international distribution. Being the first one out in the wild, it could very well be the litmus test that proves the chip’s real performance.

So where will the G Flex2 be available? According to LG, the smartphone will arrive on the shelves of major carriers in the U.S., Hong Kong, Singapore, France, Germany and the U.K. Other markets in North and South America, Europe, and Asia will just have to wait in the weeks following MWC 2015. To recap the features, the LG G Flex2 features a smaller 5.5-inch screen with a higher Full HD resolution, 2 GB of RAM, 16 or 32 GB of storage, a 13 megapixel rear camera with OIS and laser autofocus, a large 3,000 mAh battery, and Android 5.0 Lollipop running out of the box.